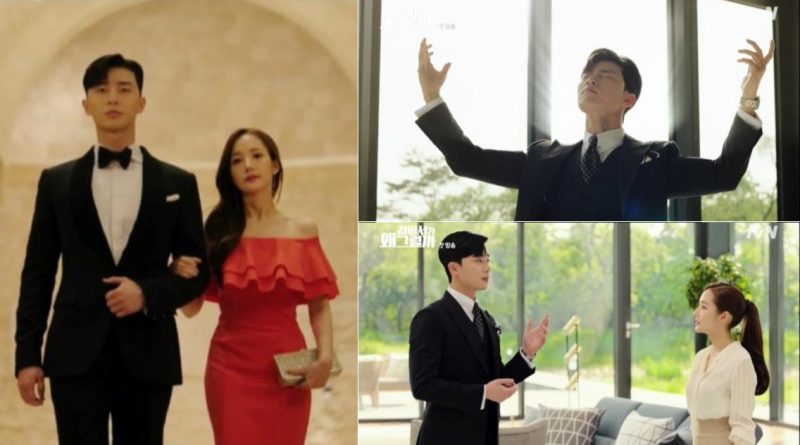 Park Seo Joon and Park Min Young has showed off a high synchronization that turned the webtoon into a real life characters.

In the first inning of drama ‘Why Secretary Kim’ that aired for the first time on 6th of June, Lee Young Joon (Park Seo Joon) and Kim Mi So (Park Min young) has returned to the small screen with their spectacular performances.

Drama ‘Why Secretary Kim’ is a drama that was adapted from the popular webtoon with the same title that has reached more than 200 hudred views and with the total of the subscribers for about 48,8 million subscribers.

‘Why Secretary Kim’ made its first opening by showing the three dimensional character that made the viewers feels like they’re watching a webtoon. Lee young Joon who never pay attention to women because he is too fascinated by himself said “This shiny thing.. comes from my aura” that brought laughter to the viewers.

Kim Mi So the secretary was played by Park Min Young who seems to be always ready to assist Young Joon. The Smile on her face showed off her confidence and her well-prepared self when she suddenly decided to resign and told Young Joon “I’m going to resign”. Park Min Young wo has been absent for quite a long time is now gained a lot of attention not only by returning through the small screen to this drama but also through her acting skills as Kim Mi So who has a high synchronization level with the webtoon version.