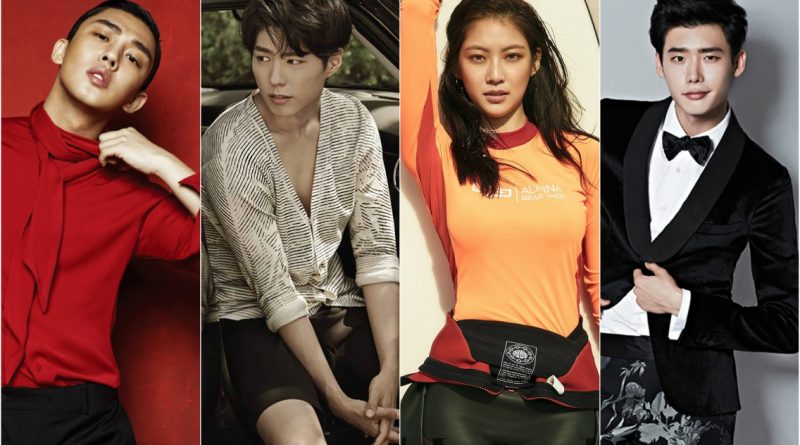 There are people who always dream of becoming actors, and those who choose acting while walking down different paths. Each artist has a reason and each has their own story. This is the 4 actors who almost became an idol.

At the age of 16, Yoo Ah In has been training to become a solo artist! However, he appeared in the KBS2 drama ‘Sharp 1’ and continued his acting career instead.

Park Bo Gum has always played the piano and sang for people since he was litle, and in his second year of school, he became a trainee. Although his dream is to be a singer and songwriter, his company told him that they think he is more suitable for acting, so he decided to debut as an actor.

Gong Seung Yeon was once under SM Entertainment, and was a fellow trainee with f (x) members. After living the life of a trainee for about 7 years, she took an interest in acting and decided to become an actress.

Debuting as a model at the age of 15, Lee Jong Suk was ready to become a model and become an idol trainee simultaneously. However, he dreamed of becoming an actor and finally got his wish when he appeared on SBS drama “Prosecutor Princess” in 2010.

August 14, 2017 Tri Comments Off on [RANK AND TALK] 4 Upcoming Dramas That Have Been Anticipated By the Viewers
Rank&Talk STAR

June 22, 2017 Tirta Comments Off on Stars Who Denied Dating Rumors About Them
MOVIE VIDEO