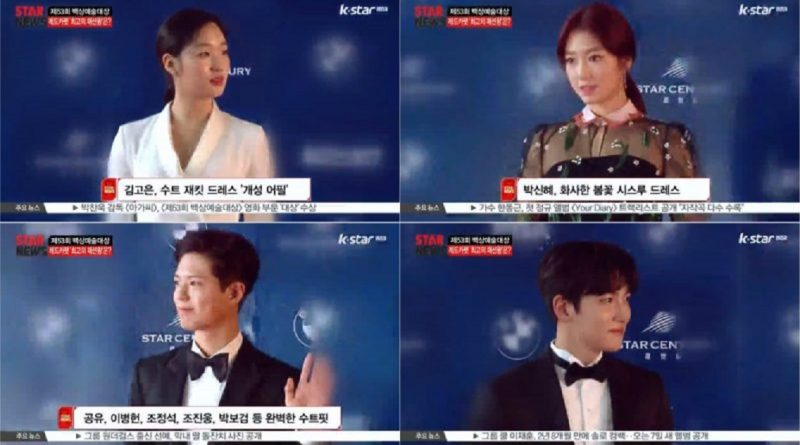 ‘The 53rd Baeksang Art Award’ was held on May 3. The event was attended by many television and film stars.

Most of the actress wore white dresses, which made them shine in the red carpet. The details in Chun Woo Hee and Kang Ha Na’s shoulder made them look like goddesses that night. Kim Ha Neul appeared with a beautiful white dress, so was Kim Tae Ri. meanwhile, Kim Go Eun chose a unique style with a white coat-like outfit.

Some other actress chose red as their color of the night. Park Shin Hye looked sweet with a black/red patterned dress. Son Hye Jin was graceful in her slimfit dress. Sexy Lee Yeon Hee chose a nude dress with luxurious pattern.

Others opted for colorful colors, like Kim Hee Sun, who came in the red carpet with an emerald colored dress. SNSD Yoona’s bright red colored dress made her easy to be spotted among the crowd. Then Kim Yoo Jung appeared with a pink/beige colored-dress.

The stars’ red carpet fashion was an important part of this year’s Baeksang Art Award.