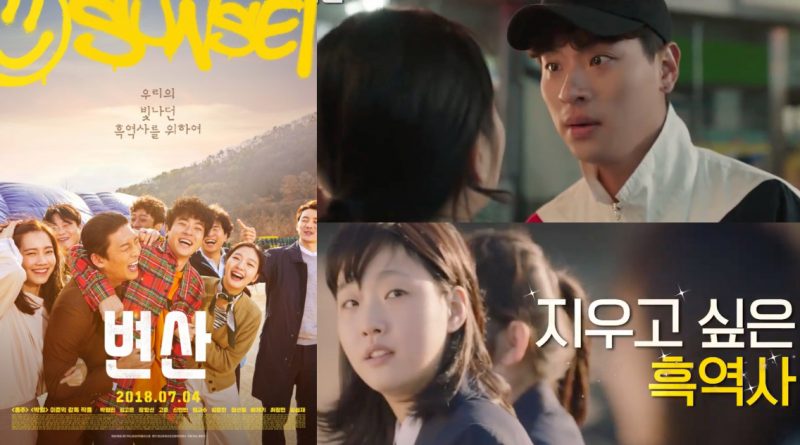 The main poster and trailer for the movie ‘Mountain Byun’ has been released.

Movie ‘Mountain Byun’ told a story of a students who has a tough life named Hak Su (Park Jung Min) who was forced to return to his hometown in mountain Byun and then later he met his childhood friend named Sun Mi (Kim Go Eun).

The poster that was released yesterday took a lot of viewers attention because the sense of playfulness and happiness. This poster also gave the viewers sense of warmth through the beautiful scenery of sun setting in mountain Byun which is the beautiful hometown of Hak Su.

In the poster, Park Jung Min who played the role of unknown rapper named Hak Su is laughing happily along with Kim Go Eun who played the role of Sun Mi. and also other actors seemed to have an interesting life story that captured the viewers’ heart. The words “In Order to brighten our darkest past” are written on the poster that showed the energy and strong willful of youth nowdays who struggle to live in this society.

The first trailer that was released showed the darkest hour of Park Jung Min in his hometown. There’s this dialog where Sun Mi told Hak Su “Until when are you going to avoid this? Why can’t you see straight?” and then she added, “Eventhough you are not rich, don’t live recklessly like that”. This trailer successfully showed the struggle of youth nowdays that is currently a bitter reality in our society.

March 28, 2017 Tri Comments Off on ‘The Prison’ Tops The Box-Office
DRAMA VIDEO