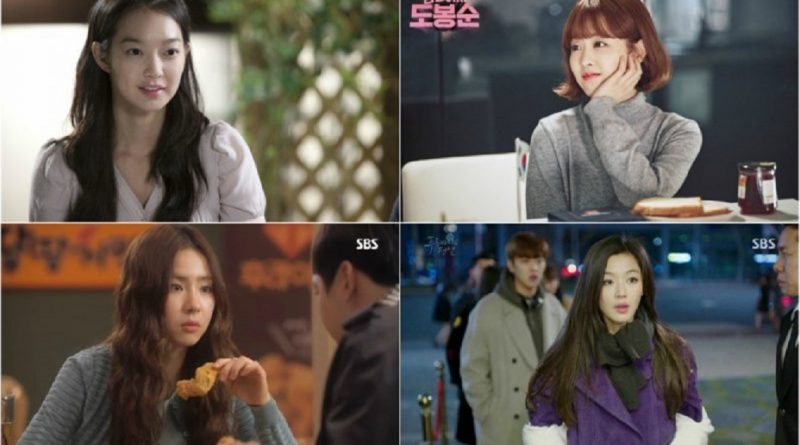 Almost in every Korean drama, women are portrayed as passive beings. They are depicted as weak characters who always ask for help, such as Kim Go Eun (Ji Eun Tak) in ‘Goblin’ or Shin Se Kyung (Yoon So Ah) in ‘The Bride of the Water God’. Unlike the usual Korean drama’s female characters, these four women managed to attract attention by playing roles of active women with super powers. Who are they?

Jun Ji Hyun, who plays as Sim Cheong in ‘The Legend of the Blue Sea’ may also be a figure that keeps your attention focused on her. In this drama, Jun Ji Hyun acts as a mermaid who is accidentally stranded in the mainland. Jun Ji Hyun (Sim Cheong) does not only has the ability to eliminate memories, great strength, and intelligence, but she also has sincerity and a good heart. Her sincerity and great love for Heo Joon Jae (played by Lee Min Ho) brought Heo Joon Jae, who previously worked as a con-artist, to the right path. In addition, her fun and childish behavior and fun are also other uniqueness of her that makes many viewers fall in love with her character.

Shin Se Kyung attracted a lot of netizens’ attention when she played Oh Cho Rim in ‘The Girl Who Sees Smells’. As narrated in this drama, Shin Se Kyung is a woman who has the special ability to see the forms of scents directly. Shin Se Kyung’s special ability is used to help police peel away crimes that have not been revealed, especially in the case of her family members’ murder. Since being aired on local television channels, Oh Cho Rim’s character attracted the attention of many people.