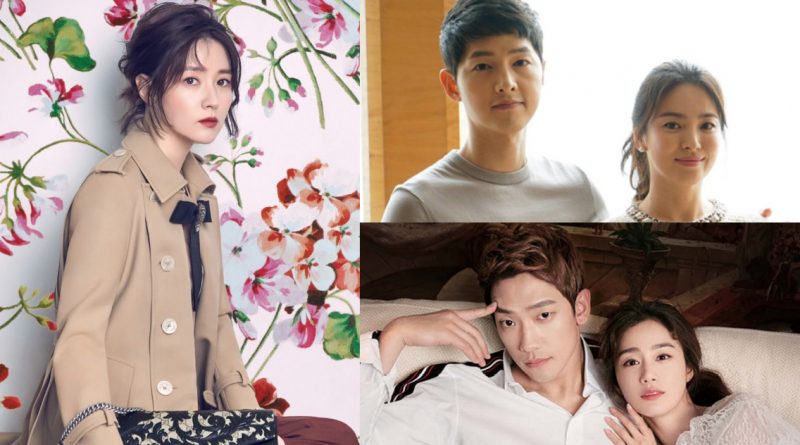 Actress Lee Young Ae recently reported that she has moves to Itaewon all of sudden. In Itaewon, other than Lee Young Ae there are a lot of stars gathered and live in the district that has been known by the public. As the news about the Lee Young Ae moving to Itaewon, now the stars who live in Itaewon became the talk of the town.

On the 1st of June, Hong Suk Cheon posted his pictures with his newly neighbor actress Lee Young Ae as the news and about Lee Young Ae has been spread all over the media. Lee Young Ae was reported to move to Itaewon nearby a disctrict of Education for the sake of her daughter’s education.

Not Only Lee Young Ae, hallyu star couple Song Joong Ki and Song Hye Kyo also live in Itaewon after they got married. Song Joong Ki was reported to bought a house for the newly weds in Itaewon around 100 Billion won and this news was spreading so fast ahead and left the public in awe.

And then other than Lee Young Ae and Song Song Couple, there’s Rain and Kim Tae Hee couple who also live in Itaewon. The two of them previously live in a house around Cheongdamdong that cost around 6.8 billion won but then they decided to move to Itaewon last year.

Rain bought a house that cost him 5.3 billion won. His house is two-story house that consisted a two floors above the ground floor and one basement, their house is indeed a luxury house.

Itaewon in Korea is not only known as the popular district with its entertainment and charms but also known as a house to every stars. Lately the stars getting noticed and gained a lot of attention when they move into a new residence.

August 6, 2017 Tirta Comments Off on Actors Who are Working Hard Before Starting Their Military Service
DRAMA VIDEO