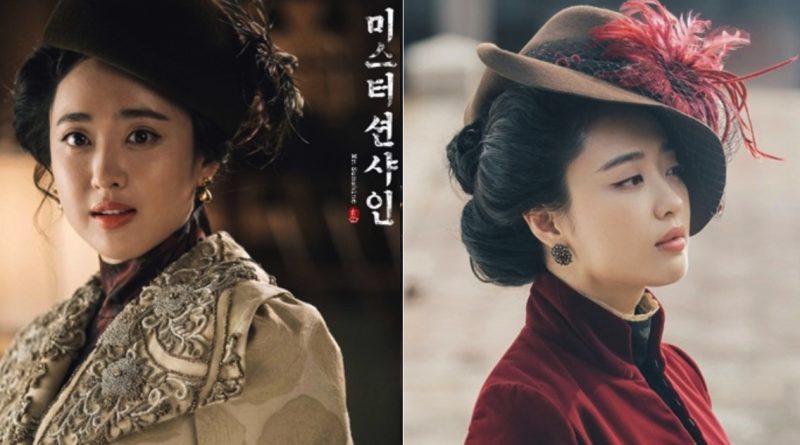 Drama ‘Mr. Sunshine’ that is set to air on 7th of July will tell a story of a young Korean man who left along with the American soldiers through the warship in 1871 after witnessing the death of his parent.

Kim Min Jung will play the role of Kudo Hina, a beautiful and young hotel owner in drama ‘Mr.Sunshine. she is a pro-japan who was left with abundant amount of money and heritage from her husband including the ‘Glory’ Hotel. She appears to be lethal-looking and captivating that turned her into the main attention of every power in Joseon Dynasty.

Kim Min Jung who is very powerful during the Joseon Dynasty is ready to greet the viewers for the first time through her lethal-looking figure.

According to the production team of drama ‘Mr.Sunshine’, “Kudo Hina which played by Kim Min Jung will show a different image of Joseon and a total different charm from Kim Tae Ri”

Meanwhile drama ‘Mr.Sunshine’ is written by Kim Eun Suk who is known for her works such as ‘Goblin’ and PD Lee Eung Bok which is known for his work ‘Descendant of the Sun’ and it is set with the total 24 episodes and will air for the first time on 7th of July at 9 in the evening after ‘Lawless Lawyer’.