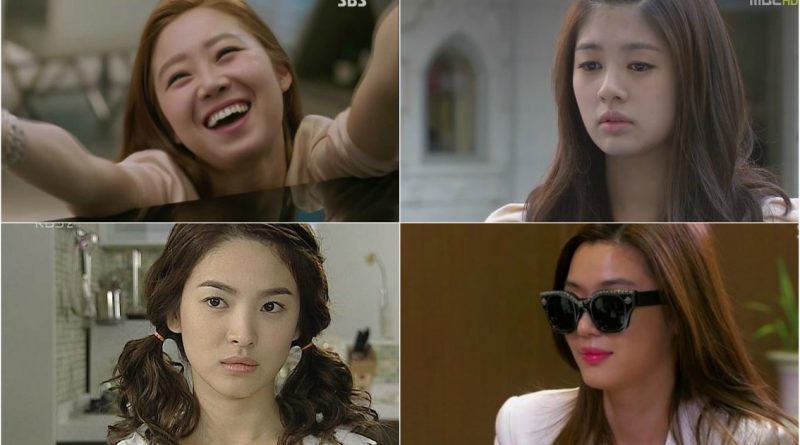 Tae Gong Shil in the drama ‘The Master’s Sun’ played by Gong Hyo Jin is ranked 1st when talking about hilarious female characters. With her carelessness and innocence she asks the compassion of Joo Joong Won (So Ji Sub) to stay by her side so she will not see the ghost. Not only that, her behavior when the ghost enter her body is also really ridiculous and funny, sometimes she acts like a child, grandmother, or even mimicking other animals.

Jung So Min plays Oh Ha Ni in the drama ‘Playful Kiss’. Although told as an innocent and stupid girl, actually Oh Ha Ni is very kind. She has a genuine love for her idol since high school. She sometimes becomes a stalker or changes very aggressively when Baek Seung Jo (Kim Hyun Joong) comes.

3. Cheon Song Yi ‘My Love from the Star’

Cheon Song Yi is played by Jun Ji Hyun in the drama ‘My Love from the Star’. It is said that Cheon Song Yi loves to get drunk when she has many thoughts. She often makes noise and disturbs Do Min Joon (Kim Soo Hyun) who really hates the stupid things she does. She also likes to do hilarious things like shouting or jumping on a mattress.

Han Ji Eun is a hilarious character played by Song Hye Kyo. She managed to make many viewers laugh in this series called ‘Full House’. Han Ji Eun is told as a careless and stupid person. To attract the attention of her father-in-law, she even sings the children’s songs about the bear family while dancing.