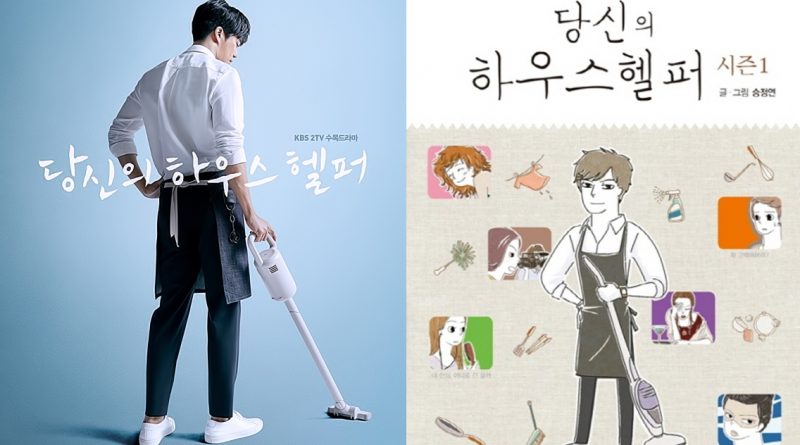 KBS’s newest drama that will be air for the first time in 4th of July entitled ‘Your House Helper’ which adapted from the popular webtoon with the same title told a story of a man house helper that has captured the readers heart in KTOON.

The original webtoon of this drama told a story of a busy woman who needed a help of a house helper to clean up the mess in her house as she finally hired a man house helper named Kim Ji Woon (Ha Suk Jin). The original plot of this webtoon is actually short since its focusing on the two characters alone. The production team of this drama said that “The original work only focused its attention on the life of the female character but in the drama version, we made an upgrade in order to gives a longer-breathing story as we will show the conflict and agony that each characters will face off in their life.”.

Then the production team added, “We hope you can pay attention to every stories of each characters in the drama ‘Your House Helper’. The story itself will also pay attention in the relationship of other characters such as Im Da young (Bona) and Yoon Sang Hee (Go Won Hee).

‘Your House Helper’ is a drama that told a story of a man who is working as a house helper and ended up getting himself involved in a complicated life of a complex woman. PD Jeon Woo Sung who has entertained the young viewers in Korea through his healing dramas is in charge of this drama. This drama is set to air for the first time in 4th of July at 10pm.