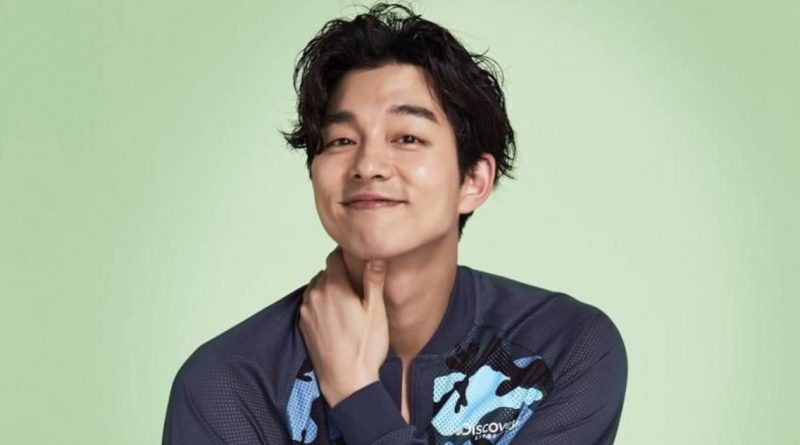 Actor Gong Yoo has just celebrated his birthday in Taiwan.

Gong Yoo visited Taiwan for some event of a bran in 24th of June. In the event that was held in Taipei, the event organizer celebrated Gong Yoo’s birthday earlier. Gong Yoo’s real birthday is actually in 10th of July.

Gong Yoo were surprised by the birthday cake that the event organizer has prepared for him and said “You make 40 comes too fast. Thank you. Now I’m 40 years old” he said along with his sweet laugh.

When asked about what he’d’ like to wish for his birthday, he said “First I wish everyone in here is always happy and healthy. Because you’ve been waiting for such a long time, I wish you all can see something from me that can satisfy you” he said.

When the MC asked whether he is willing to return if Goblin 2 is in production, Gong Yoo said, “I think I have no other plan. But if that (Goblin 2 production) plan comes, will I get an offer in that drama?” and then later the MC told him that of course no one can replace him.

Gong Yoo is currently resting and considering his next works.

December 26, 2017 Ria Comments Off on ‘Along With The God’ Actors Talk About Reincarnation
DRAMA VIDEO