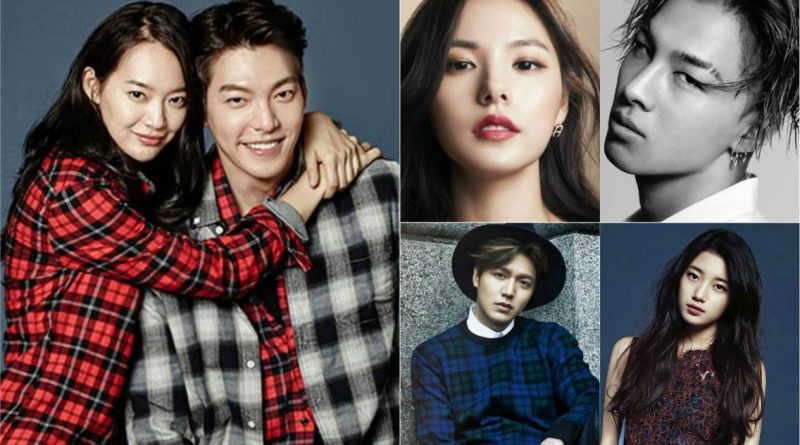 There are so many Korean celebrities who are in a relationship but do not dare to reveal it to the public. But unlike these 3 couples. They openly publicize their relationship. Instead of being hated, they are supported to immediately follow Song Song couple. Here are 3 Korean celebrity couples who are expected immediately following Song Song Couple.

Taeyang no longer hides his love story with Min Hyo Rin. In an interview, Taeyang mentions that Min Hyo Rin as his inspiration in creating a song. They have in a relationship since 2013 when meeting in the making of Taeyang’s music video. Not long from the meeting, the two decided to establish a relationship. In 2015, Taeyang officially announced that he is dating Min Hyo Rin. But because they are rarely seen together in public, both are rumored to have broken up in the middle of this year due to Taeyang’s comeback track titled ‘Darling’ telling a sadness in a romantic relationship.

Lee Min Ho and Suzy have been dating since 2015. Although both rarely spend time together, their relationship is still intertwined to this day. Not infrequently both are hit by news of breaking up. Both agencies, however, explained that they are still dating and in good company. During the two years of love, the two stars who never engaged in the project together kept their relationship private. Now Lee Min Ho is undergoing military service and Suzy is busy with SBS drama ‘While You Were Sleeping’. Suzy and Lee Min Ho have been in a relationship for two years. Both are getting serious and are rumored to be ready to get married after Lee Min Ho completes his military service.

The couple is expected to be a very romantic couple and is eagerly anticipated to develop their relationship into marriage. Why not, Shin Min Ah faithfully accompanies Kim Woo Bin who is now battling nasopharyngeal cancer. In fact both are seen visiting the hospital together. Both have been in love since 2015 and are not shy about showing their relationship to the public. Before becoming lovers, both of them have done a shoot together for a brand of clothing products. They never hit by break up rumors even their relationship still looks intimate despite experiencing difficult times.

August 28, 2017 Ria Comments Off on Hyuna Makes A Comeback This Summer!
STAR VIDEO