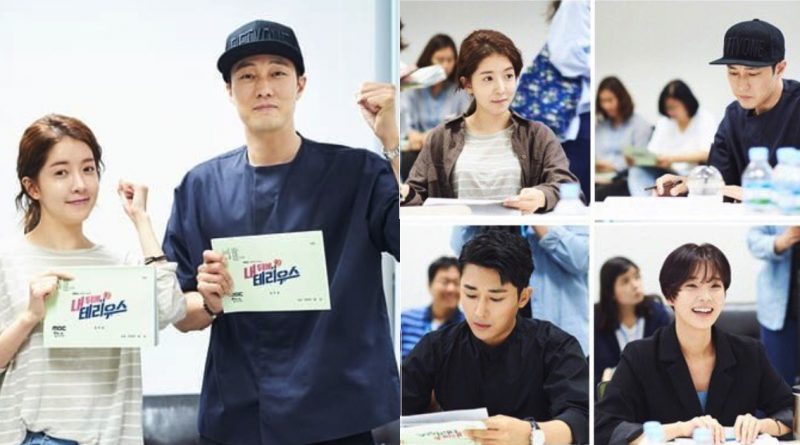 Drama ‘Terius Behind Me’ that is expected to air in the second half of 2018 has unveiled its first script reading in the MBC Office in Seoul last June.

So Ji Sub will play the role of Kim Bon who naturally get immersed into his character as a top actor. So ji Sub looks completely get into his character as he gives off a perfect and realistic impression that inspired the other actors in the scene. So Ji Sub will play along with Jung In Sun who will play the role of Go Ae Rin, the two of them looked completely friendly and full with passion for their acting. They completed the script reading scene atmosphere through their friendly personality that can be seen in the picture.

Son Ho Jun will play the role of Jin Young Tae which is the first time of his career playing the villain as he carefully studying the script. Im Se Mi who will play the role of Yoo Ji Yeon is a female character with a complicated mind that has a soft heart for Kim Bon is also seen to be ready to entertained the viewers through their first script reading.