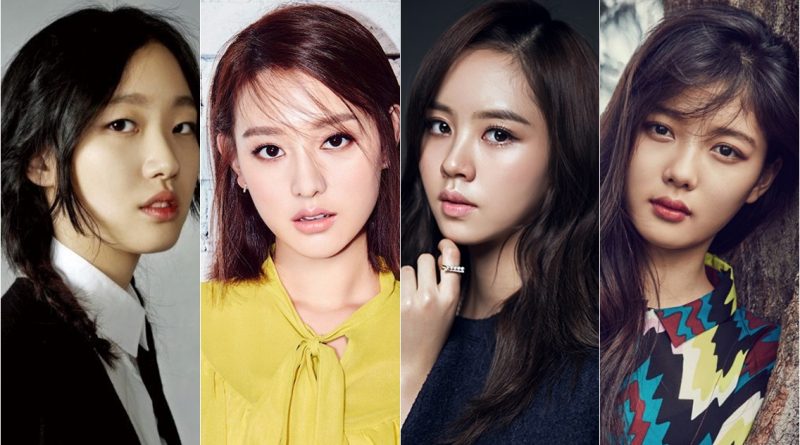 Previously, CastKo had discussed some rising Korean actors in 2017, this time many of Korean actresses becoming more popular this year. You must be familiar with their faces because they have graced Korean television channels with impressive works. Let’s see the following actresses who shine in 2017.

Kim Ji Won has performed amazingly in the drama ‘The Heirs’ as Yoo Rachel, a rich woman who is cold and haughty. Later this year, she was paired up with Park Seo Joon in KBS drama ‘Fight for My Way’ and created her own syndrome as Choi Ae Ra, a person who dreams of being an announcer and has a relationship with Go Dong Man (Park Seo Joon).

The year 2017 is an important year for Kim Go Eun. Her name has become more recognized after playing as the goblin bride, Ji Eun Tak in the drama ‘Goblin’. Kim Go Eun received many ad calls after starring in the drama.

Not a newcomer actress, Kim So Hyun started her career from childhood. Previously, Kim So Hyun always played the role of a young child or a young character of the main character. But this year she started showing more mature acting. In MBC drama ‘Ruler’ with Yoo Seung Ho, Kim So Hyun proves herself to have grown up as a mature actress.

Having similar career path, Kim Yoo Jung is often compared to Kim So Hyun. With So Hyun, Yoo Jung also starred in Moon Embracing The Sun which earned her the nickname of New Korea’s Little Sister. In the list of dramas she starred in, Yoo Jung more often plays in drama. Kim Yoo Jung becomes more popular through the drama ‘Moonlight Drawn By the Clouds’.