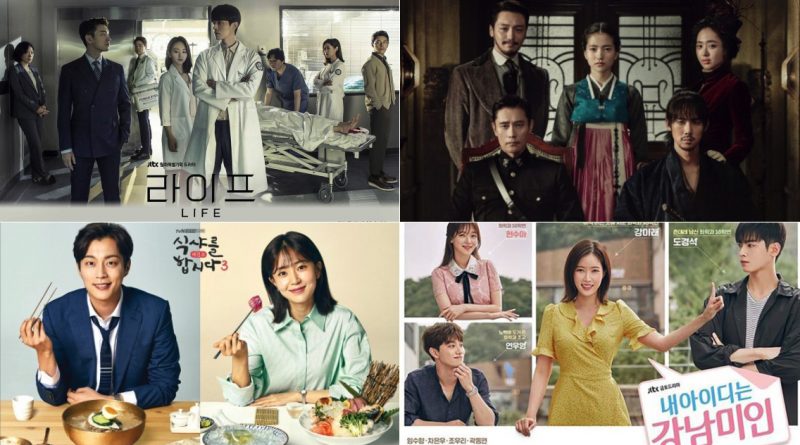 Once again, the broadcasting company will compete against each other thorugh their newest drama.

First of all, the new tvN’s drama ‘Let’s Eat 3’ which will be introduced for the first time in 16th of July. This time ‘Let’s Eat 3’ will tell a story of Goo Dae Young who will reunite with his past sweethearts Lee Ji Woo where they will share delicious dishes and also a sweet lovestory as they reminisce their past days in their 20s. This drama will be replacing the ‘Why Secretary Kim’ in the mid of July.

Not only that, the new tvN drama entitled ‘Mr.Sunshine’ is set to air for the first time in 7th of July has a high hope in the viewers rating. Drama ‘Mr.Sunshine’ will tell a story of a man who joined the American military force and as he grew up he went back to his homeland, Joseon as the American legacy.

‘Mr.Sunshine’ has gained a lot of attention since it’s a work of art from the writer Kim Eun Suk who is know for her ability to write perfect script and also the movie-scale filmography that had cost a lot on the production fee itself.

Drama ‘My ID is Gangnam Beauty’ tell a story of a woman who was mocked for her ugly appearance in her young age named Mi Rae who decided to get a new life through the plastic surgery as she finally went through a different life in campus. The line up such as Im Soo Hyang, Cha Eun Woo, Jo Woo Ri and Lee Tae Sun is ready to keep the viewers entertained with their acting.