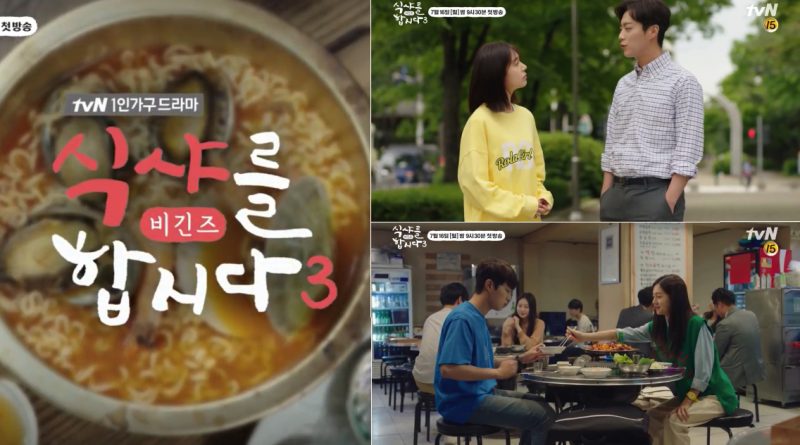 tvN newest drama ‘Let’s Eat 2’ will air for the first time in 16th of July.

‘Let’s Eat 3’ is a drama that make a comeback after three years since its first season in 2013 and its second season in 2015.

Yoon Doo Joon will play the role of Goo Dae Young again in the third season. Delicious culinary broadcast and also the stable acting skill are the main points of this drama ‘Let’s Eat 3’. Especially since this work is the last work of Yoon Doo joon before his enlistment and this drama is expected to show his extraordinary determination that he has been prepared.

Baek Jin Hee will also breathing in the same screen with Yoon Doo Joon by joining the cast of drama ‘Let’s Eat 3’ as the main female lead named Lee Ji Woo. They will show a fresh and innocent image of students in their youthful days but then after they grew up they started to face the reality and will gained a lot of viewer’s empathy.

The story of Goo Dae Young and Lee Ji Woo who successfully heal each other’s pain as they share culinary and their memories in their 20s will captured the viewers heart once again.