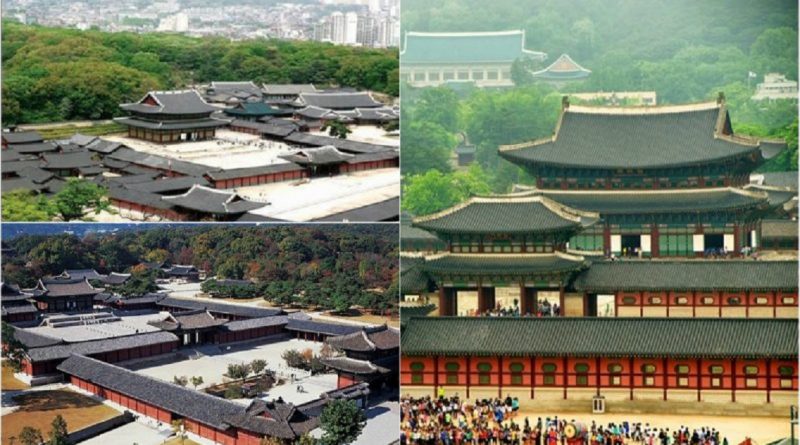 Here are 3 Korean royal palaces built during the Joseon Dynasty. These beautiful and iconic Korean palaces are very popular and become one of the famous tourist attractions that must be visited in Seoul. These palaces, which in Korean are called “gung”, are also often used as the locations of Korean colossal dramas!

Gyeongbok Palace is now home to the National Folk Museum and the National Palace Museum of Korea where we can look closely at the architecture, interior, customs, and heritage relics of the Joseon Dynasty. Every day in the palace is also held a kind of show, a re-demonstration of the rituals, traditions, and activities that occur in the empire of the kingdom during the Joseon Dynasty. Seeing it directly will make you feel like seeing a scene from Korean colossal dramas directly or even like having flown by time machine and back to the ancient times when the Joseon Dynasty was still in their glorious days. You can also watch the castle turnover ceremony with its distinctive traditional costume, held every hour from 10:00 to 16:00.

About 70% of Changgyeong Palace area consists of open green spaces, trees, and ponds. In addition, the buildings that became the center of attraction of Changgyeong Palace include a number of halls, pavilions, gates, and also a bridge. With a relatively cheap admission price and located not far from the downtown of Seoul, Changgyeong Palace becomes the peaceful recreation place for the citizens of Seoul just a moment away from the hustle and bustle of the city.

June 13, 2017 Tirta Comments Off on TOP Has Been Discharged from the Hospital
STAR VIDEO