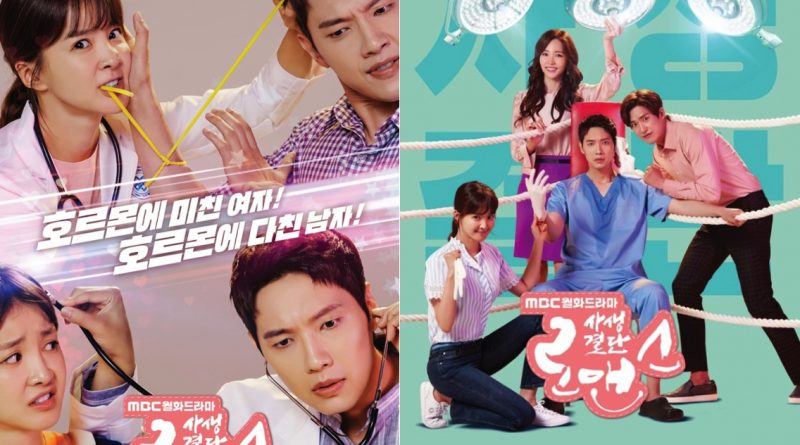 Ji Hyun Woo and Lee Si Young had transformed into a hormonal yet lovely couple that became the talk of the town.

The new MBC drama ‘Risky Romance’ that is expected to air of rhe first time in 23rd of July has unveiled its newest posters.

‘Risky Romance’ is directed by PD Lee Chang Han and it is written by Kim Nam Hee who is a writer of drama ‘Cheese in the Trap’ and they are expected to show a refreshing and exciting romantic comedy.

The poster of Ji Hyun Woo and Lee Si Young that were released recently has gained a lot of attention because the two of them showed off their chemistry as a romantic hormonal couple of Han Seung Joo and Joo In Ah.

First, Lee Si Young was seen struggling against her hormones as she grabbed a hold of Ji Hyun Woo’s hair and biting the blood band in her mouth to showed her obsession towards hormones.

Ji Hyun Woo on the other poster was seen laughing while listening to what’s inside the head of Lee Si Young with the stethoscope against her head. Lee Si Young was glaring at him with the eyes full of burning anger that made the viewers expectation high in the hormonal relationship between the two of them.