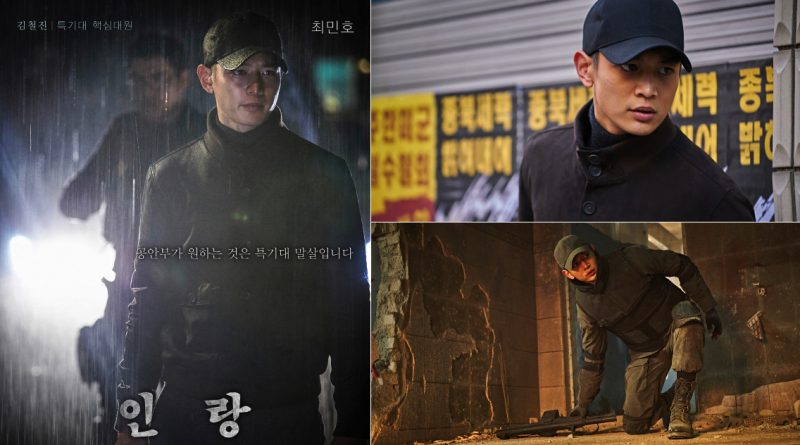 Actor Choi Minho (SHINee Minho) has showing off his strong presence as an actor through the movie ‘Jin-Roh: The Wolf Brigade’.

Choi Minho will show his new acting skill that has never been seen before through his role Kim Chul Jin, an ace member in a special force in the movie ‘Jin-Roh: The Wolf Brigade’ that was released in 25th of July.

Among the plays, Kim Chul Jin, a character that was played by Choi Minho is the best and an ace member who is in charge to protect Im joong Kyung (Kang Dong Won) and the right-hand of Jang Jin Tae (Jung Woo Sung). He successfully left the viewers in awe through his character who is in charge in every operation in order to prevent the ministers destroying his special force.

Choi Minho went through a tight training for the role of Kim Chul Jin in this movie so well and he also changed his appearance and finished the action scenes in ‘Jin-Roh: The Wolf Brigade’. He also captured the viewers attention through his strong gaze and burning with passion especially when the conflict has reached its peak.

Choi Minho who is not afraid of any challenge is now preparing for various genres of drama and movies and has made clear of his acting career in the future.