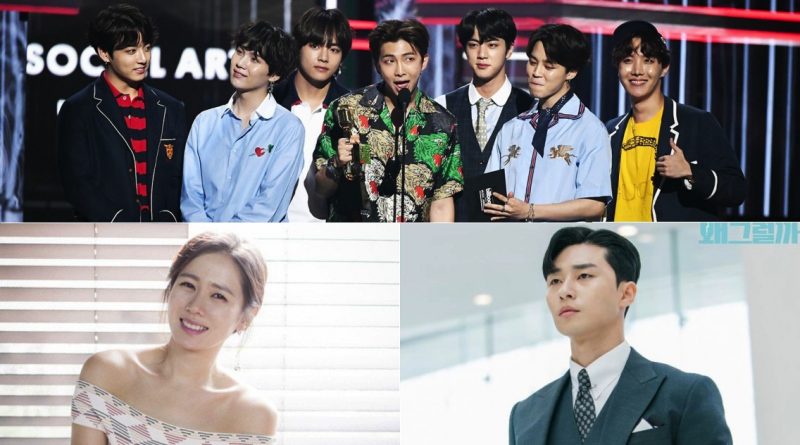 TWICE secured the second position with 23.5% votes. TWICE new song ‘What is Love’ that has been released in the first half of this year turned to be a great success as they continue with their newest summer song ‘Dance the night away’. The third best idol is ‘BLACKPINK’ with 18.1% votes through their latest song ‘Ddu-du-ddu-du’. Mamamoo is next with 17.8% votes, Wanna One with 14.3% votes and Red Velvet with 13.6% votes.

Son Ye Jin secured the second position with 25.6% votes after Park Seo Joon 29.1% in the best actor in the first half of 2018 category. Son Ye Jin has become the talk of the town with her return after five years of absence through ‘Be With You’ and drama ‘Pretty Noona Who Buys Me Food’. Park Seo Joon who is loved by the public because of his popularity in drama ‘Why Secretary Kim’ also stole the public’s heart by his knowledge and his fluent Spanish in the show ‘Youn’s Kitchen 2’.

Next to the two of them there is Jung Yoo Mi who appeared in the show ‘Youn’s Kitchen 2’ and also drama ‘Live’. For the male actor, Jung Hae In got 20.3% votes for his drama ‘Pretty Noona Who Buys Me Food’ which he starred in along with Son Ye Jin and he showed the perfect performance that made him one of the most promising actor in the first half of this year.