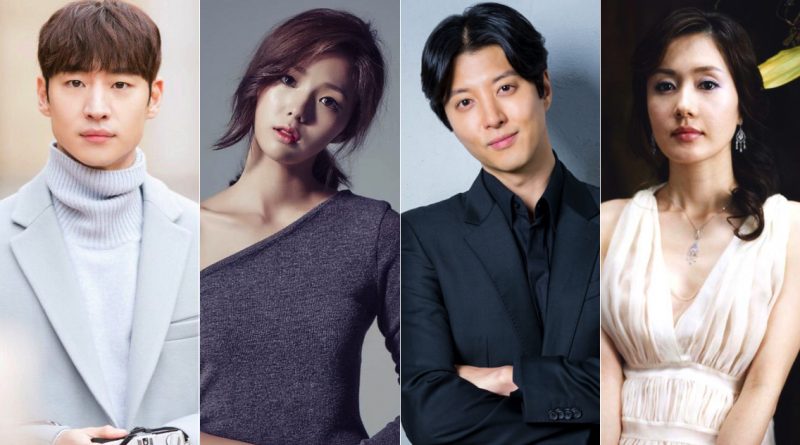 The new SBS drama ‘Fox Bride Star’ will be prepared to follow up the drama ‘Thirty but Seventeen’.

This drama tells a story of a love line between Lee Soo Yeon and Han Yeo Reum who met while working in the passenger service center ‘The Heart and Lungs’ of Incheon International Airport and will gives a warm love story to the viewers this fall.

Lee Je Hoon will play the character of Lee Soo Yeon, a top student who graduated from KAIST with the highest English proficiency test score and got accepted working in the Incheon airport. He is a mysterious man full of mystery and always keeping distance with other people as he struggled to adapt to his new work surrounding for six months.

Chae Soo Bin will play the role of Han Yeo Reum, a worker in Incheon Airport who tried to run after her dream. After officially working in Incheon Airport, she got herself a nickname ‘Human bomb’ because she is clumsy and reckless and often causing a huge commotion. Han Yeo Reum finally was moved to the passenger service agent in the airport.

Lee Dong Gun will play the friendly and charismatic character named Seo In Woo who is a manager of the Airport Operations. He is known for his wit during the serious situation and also his amazing capability of leadership.

Kim Ji Soo will play the role of Yang Seo Gun, the manager of Passenger service center in Airport. She is a hardworking character and are friendly towards her passenger but turned out to be a hard to please person. She will got involved in the relationship between Han Yeo Reum and Lee Soo Yeon.

May 17, 2017 Tirta Comments Off on Yoo Seung Ho and Kim So Hyun in ‘Ruler: Master of the Mask’ Press Conference
VIDEO

Hyeri’s First Appearance After the Revelation of Her Relationship

August 24, 2017 Tri Comments Off on Hyeri’s First Appearance After the Revelation of Her Relationship
STAR VIDEO