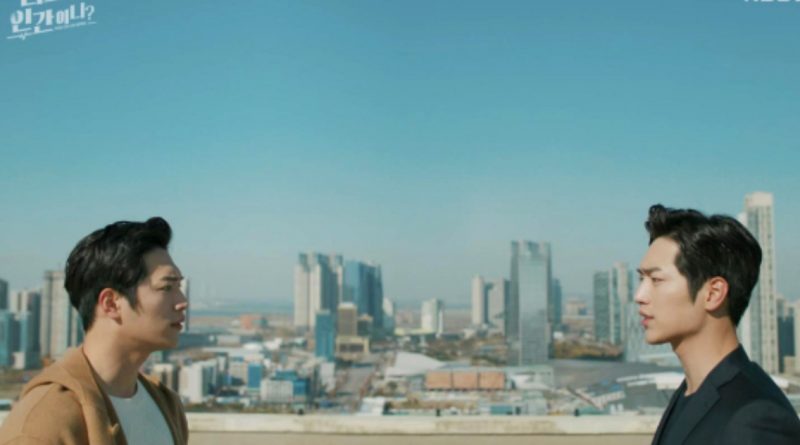 It seems not easy for Seo Kang Joon to play the double character Nam Shin III and the human Nam Shin. The two of them are human and a robot which has a totally different personality and each of them supposed to be their own main lead in the drama. The robot Nam Shin III is a kind machine that were often used and accepted any kind of treatment he got from the people around him that made him far cry different from the character Nam Shin. But Seo Kang Joon turned to act even better than what people expected.

Seo Kang Joon play the role of a human named Nam Shin, a man who is selfish and tried to hurt the robot Nam Shin III who made him felt like he was threatened from his positions.

Nam Shin II (Seo Kang Joon) has successfully turned off the manual control mode by himself as he recalled the memories of himself along with Kang So bong. In the KBS drama ‘Are you Human Too’ that has been airing for about two month tells a story of a battle between a human named Nam Shin and an intelligence robot named Nam Shin III that has captured the viewers’ attention. Nam Shin III who had confronted the human Nam Shin said, “I am real. I am real just like you” he said.

The artificial intelligence robot Nam Shin III joined forces with Ji Young Hoon to prevent the human Nam Shin from sending his grandfather Nam Gun Ho to the nursery house and run for the president. Under Young Hoon’s command, Nam Shin III confidently revealed his identity to all the shareholders of PK Group.

Seo Kang Joon has successfully played the double role and smoothly transformed from the human role to the robot role back and forth. The robot Seo Kang Joon is now happy along with So Bong (Gong Seung Yeon) next to him but now he has to face off against the human Nam Shin who suddenly stepped in between them. Nam Shin realized that the robot is a threat to his position as he keeps getting intense and tried to threatens Gong Seung Yeon’s life to provoke the robot Nam Shin. Meanwhile the triangular story between the three of them were strangely drawn, Seo Kang Joon who played the two roles are trying hard on his acting. This maximized the interest of viewers and the sense of fun from watching the two different acting of Seo Kang Joon on both of his characters.