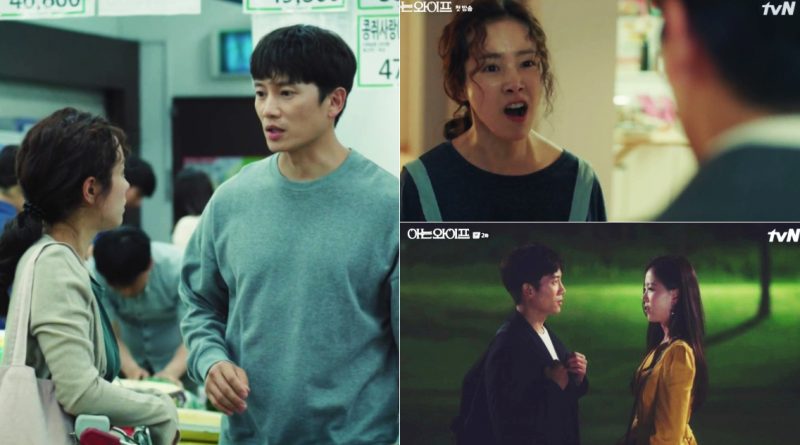 ‘Wife that I Know’ Is once again shaking the home theater.

The second inning of tvN drama ‘Wife that I Know’ that aired yesterday revealed the daily life of a man named Cha Joo Hyuk (Ji Sung).

Starting with the unusually busy morning, Joo Hyuk struggled to make it to work to be able to prevent making mistakes but he ended up getting nothing. He was stressed enough as he saw his game console was on the hand of his Wife, woo jin (Han Ji Min) which makes his days seemed to be endless unfortunate. Because of this series of bad things happened to him, he then let out his anger to Woo Jin and left the house without looking back.

In order to turn back his fate, he tried to return to the place where he woke up and everything has changed but it turned out that he returned to the year of 2006 as he met Hye Won (Kang Han Nam, his first love and now she is the one staying next to his side instead of his wife, Woo Jin. Now the viewers are curios on how their story will be unfold in the next chapter.

Through this, Jisung has conquered the home theater and made the viewers imagination runs wild. The viewers were left in awe with the picture of the harsh real life reality and they also waiting for the love story in this drama will be unfold.

Meanwhile, ‘Wife that I Know’ airs every Wednesday and Thursday at 9.30pm local time.

November 4, 2017 Ria Comments Off on Korean Entertainment Industry Shocked by Kim Joo Hyuk’s Death Due to A Car Accident