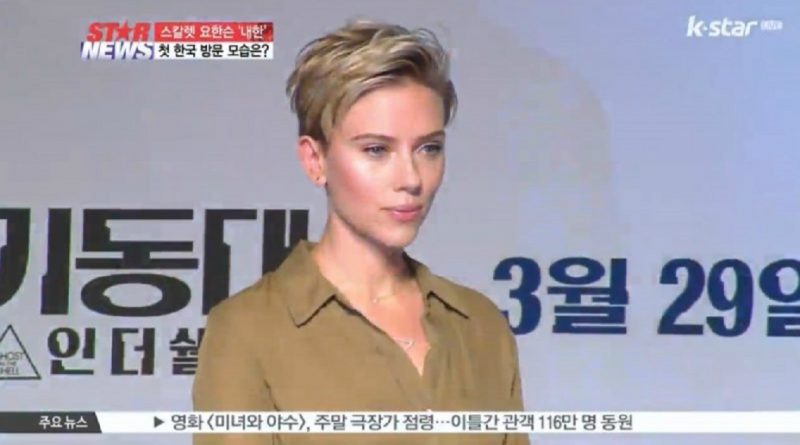 The Hollywood actress who could not come to Seoul in ‘The Avengers’ movie tour back in 2014, Scarlett Johansson, finally came to Korea to promote her new film, ‘Ghost in the Shell’.

During the press conference event, the actress expressed her gratitude for the warm welcome. “Thank you so much for having me. This is my first time in Korea. I’ve always wanted to come to Korea, so, I’m very excited to be here.”

On the red carpet event, Scarlett appeared beautifully with a long black dress. Around two thousand fans came to the event. Scarlett took photos with and gave her signatures to some of them.

July 4, 2017 Ria Comments Off on Reasons of Kim Soo Hyun and Suli Choosing Movie ‘Real’ and Supports from Other Stars
STAR VIDEO