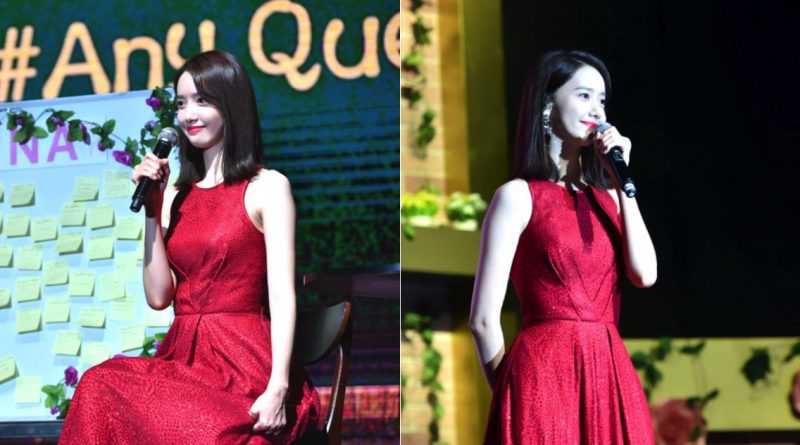 Yoona, the goddess of hallyu is currently on her Asian fan meeting tour schedules and she showed herself looking mesmerizing in red dress in her Hong Kong Fan meeting.

During the fan meeting, Yoona communicated with her fans and get closer to them through various activities such as singing, dancing, talkshow and also games. She also get to tried the well-known Hong Kong famous dessert Egg Waffle and also there is a session where she gives present and receiving present from her fans as she got a lot of enthusiasm responds.

Yoona has finished a few fanmeeting previously in the big cities in Asia such as Seoul, Bangkok, Tokyo, Osaka and Hong Kong and now she is ready to greet her fans in Singapore in 28th of December, all of these thanks to her global fans.

Yoona recently confirmed her appearance in the action disaster movie entitled ‘EXIT’ which tells an emergency situation that made her character, Ui-Joo has to escape the city that has been contaminated with poison gas.

October 29, 2017 Ria Comments Off on ‘Coincidence or Fate’ Stars Working in the Same Title for Several Times
MOVIE VIDEO