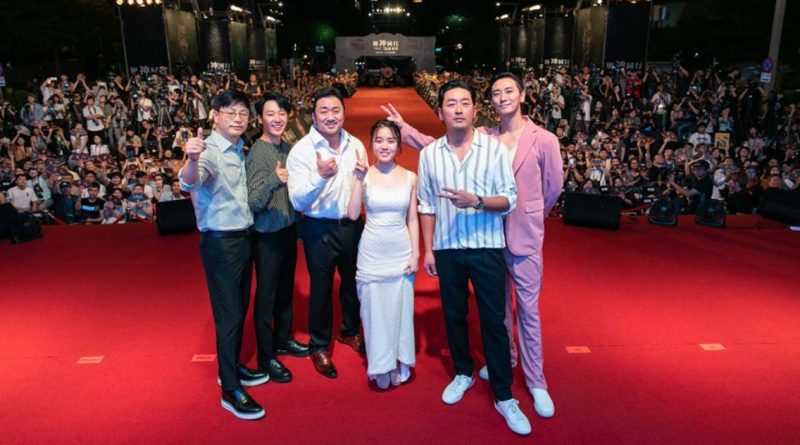 The main character of the movie ‘Along with the Gods: The Last 49 Days’ and its PD Kim Young Hwa were welcomed by the enthusiasm of their fans in Taiwan during their premiere promotion event.

They were seen walking in the red carpet in front of the plaza Taipei City hall and this is their first overseas promotional.

The event that was held in Taiwan is indeed a large-scale event. For the first time, the six-lane road was closed and crowd-controlled for this event. The major Asian media reporter reported that there are about 3000 people attending this event to meet and welcome the actors of the movie that has captured the heart of the overseas viewers.

The actors and actress of this movie were seen walking down the 50 meter long red carpet which located outdoor in Taiwan as they actively providing fan services such as shake hands, selfies and also give their autograph which is an unforgettable moment to their fans.

After they finished the red carpet event, the actors expressed their grateful to the Taiwanese fans for their support and love.