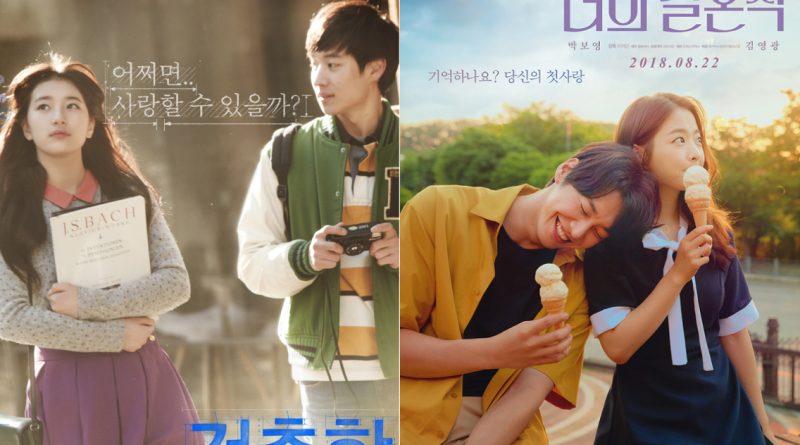 Park Bo Young and Kim Young Kwang will show off their first love chemistry through the movie ‘On Your Wedding Day’ after Suzy and Lee Je Hoon in the movie ‘Architectural 101’.

The movie ‘Architecture 101’ that was released in march 2012 told a story of a man named Seung Min who met his first love during college named Seo Yeon after fifteen years as they tried to reconcile and reminiscing their past.

Lee Je Hoon played the role of Seung Min in his 20s and his character is an emotional student who met his first love, Lee Seo Yeon through the architecture class which the two of them turning into the national first love through their innocent charms. The love story between Lee Je Hoon and Suzy showed a perfect first love chemistry and a perfect set of 1990s.

The movie ‘On Your Wedding Day’ tells a story of Seung Hee (Park Bo Young) and her fate with Woo Hyun (Kim Young Kwang) who believed in the fate of their first love to be together.

Park Bo Young will play the role of Seung Hee, a woman who always believed in her fate that made the viewers feeling the empathy and excitement towards her realistic perspective on her first love and of course through the colorful charms and mature acting. Kim Young Kwang will play the role of Woo Hyun, a man who only look at Seung Hee, his character is a bit clumsy and nervous but always lovely towards Seung Hee.

The movie ‘On Your Wedding Day’ will be released in Korea in 22nd of August.