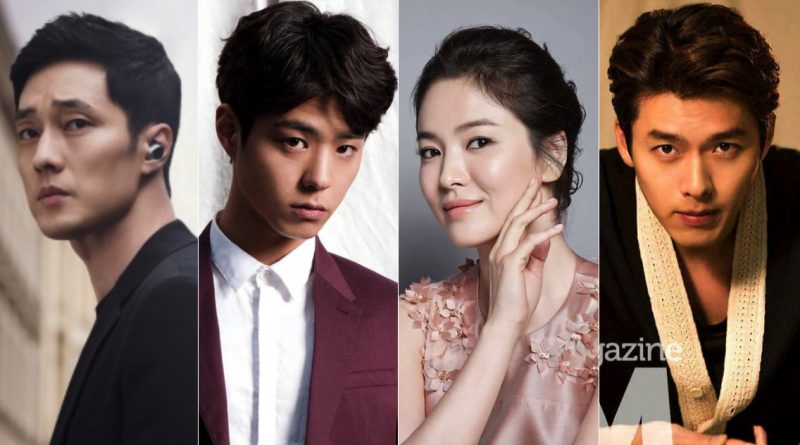 The line ups of dramas that will keep the viewers entertained in the second half of this year is indeed very eye-catchy. Top stars such as So Ji Sub, Park Bo Gum, Song Hye Kyo and Hyun Bin and also Park Shin Hye will return to the main screen for the first time after their long absence.

MBC ‘Terius Behind Me’ in September

‘Terius Behind Me’ will air for the first time in September. The new MBC drama ‘Terius Behind Me’ tells a story of a spy who is a legendary black agent that will got involved with a woman with brains as they battled against the case.

In September 10th, the newest tvN drama ‘Hundred Days Husband’ is set to air for the first time. This drama tells a love story of a crown prince Lee Yool who changed into a man named Won Deuk and the smartest woman, Hong Shim.

This drama tells a fictional love story and character with a touch of comical and the set of Joseon Dynasty.

JTBC ‘The Beauty Inside’ in September

‘The Beauty Inside’ is a drama that was adapted from Japanese drama with the same title and it will air for the first time in September. This drama tells a story of a woman who has to live with another people’s face for a week and a man who can’t recognize other people’s face.

The drama ‘Boyfriend’ tells a story of a politician daughter named Cha Soo Hyun (Song Hye Kyo) which seems to have everything but doesn’t live her live the way she want and she will meet Kim Jin Hyuk (Park Bo Gum) who is a normal man but have a happy life.

tvN ‘Memories of Alhambra’ in November

Actor Hyun Bin and Park Shin Hye will join forces in the new tvN drama entitled ‘Memories of Alhambra’ that will air in November.

‘Memories of Alhambra’ tells a story of a CEO of a company who stayed in a cheap hostel run by the former guitarist in Granada, Spain.

September 8, 2017 Ria Comments Off on Pentagon Gave Teaser for Their Comeback