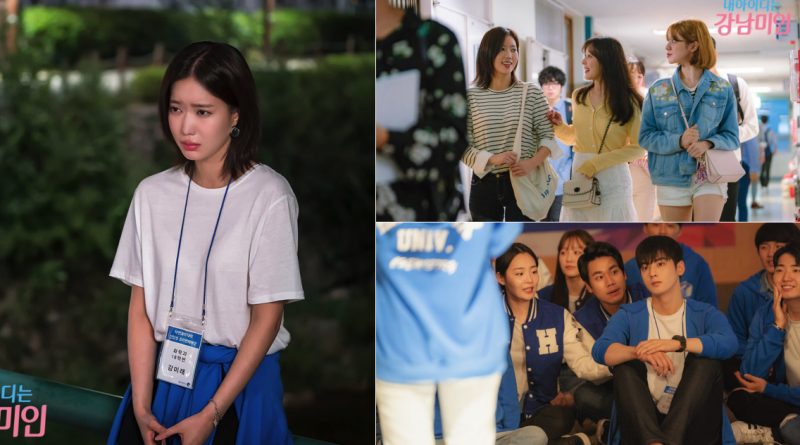 The campus life in JTBC Fri-Sat drama, ‘My ID is Gangnam Beauty’ has become the talk of the town.

Now the attention is focused on the student life that captured the viewers attention in this drama because this drama has successfully depict the realistic life of the ‘real campus life’.

A lot of dramas took the background set in the campus but none of them are seemed realistic yet. But the drama ‘My ID is Gangnam Beauty’ showed the campus life that felt so real and was never seen before. Especially Kang Mi Rae (Im Soo Hyang) entered the college and taking the Chemistry major after underwent the plastic surgery, she got herself involved in the orientation event which is an activity that was held in order to help the Junior knows their senior and also their classmate which is very realistic and was never seen in the drama.

The characters that are full of color was drawn by the production team in the university of Korea in drama ‘My ID is Gangnam Beauty’ are simply so familiar to us. The viewers felt that each character is a character that exist in our daily life. Mi Rae is a 20 years old girl who dreamed about a happy day with her best friend, Soo Ah and Jihyo which is a good friend but sometimes having a rather intense argument, Yoo Eun who is a very kind person with a heavy accent, and Chan Woo, a man who lives with a motto “You can go wherever you want” that captured the viewers attention. Each of characters in this drama have their of personality traits and strong existence that made the viewers feeling related and made the campus life in this drama is so realistic.