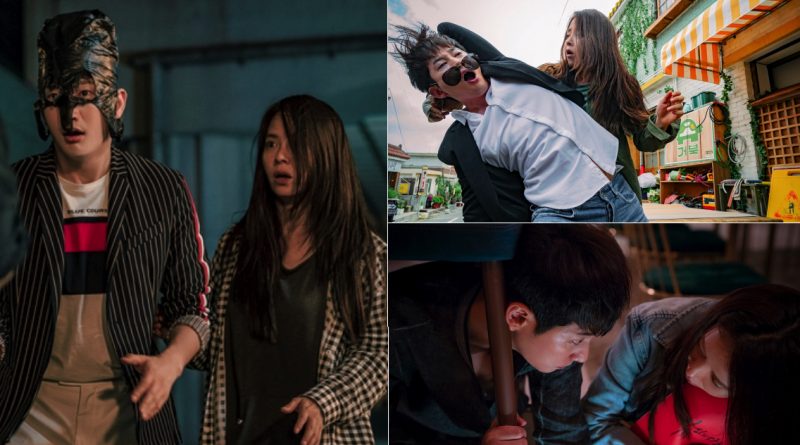 The respond for the KBS drama ‘Lovely Horribly’ that aired for the first time in August 13th were indeed hot. Park Shi Hoo and Song Ji hyo who made the love story of them full of excitement through the comedy and ‘Horror-romantic’ has captured the viewers attention. After its first broadcast, this drama has been receiving a lot of positive reviews and praises.

Park Shi Hoo and Song Ji Hyo who left a strong impression on their characters as the script writer who can do nothing good named Eul Soon and the top star Philip which Park Shi Hoo able to showed his unique acting skill. Eventhough Philip is a lucky man with a cold shoulder, Philip also as a lovely charms that made the viewers put their eyes on him. Especially when he showed up with the plastic bag as a mask on his face which is making the viewers laugh and this is indeed Park Shi Hoo’s charms that has never been seen on screen before.

Meanwhile, Song Ji Hyo’s transformation as the icon of bad luck, Eul Soon gained a lot of attention despite the fact that she is always looking so gloomy. The transformation which she covered a half of her face with her hair like a curtain and let go of his beauty by covering it with dark aura received compliments from the viewers. Eul Soon who has appeared and saved Philip when he was in danger now became the character that made the viewers smiled and feel the empathy.

Park Shi Hoo and Song Ji hyo has perfectly immersed into the characters and their story which the two of them have to share their fate and they’ve captured the viewers attention not through the charms of each character but also from the sense of humor and comedy in this drama. The two of them met before their 34 years old birthday and because of some unknown spirit power that will make a twist on the luck and the bad luck of the two character. The appearance of Park Shi Hoo and Song Ji Hyo who played the role of the lucky icon Philip and the writer with bad luck Eul Soon made the love story between them is unexpected.