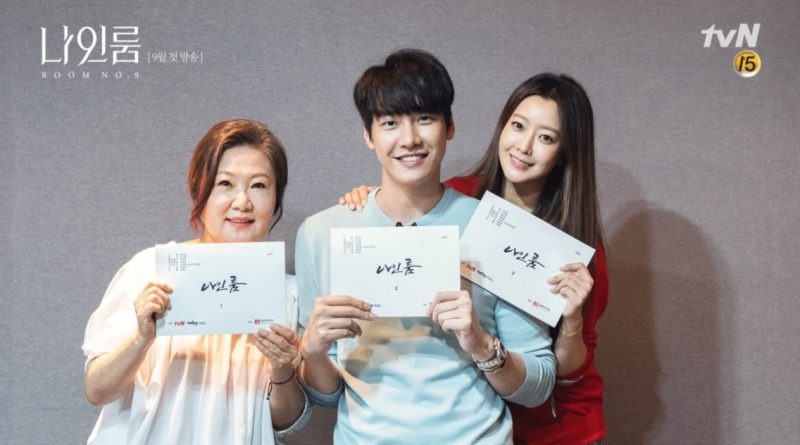 The first script reading of tvN drama ‘Room Nine’ has been unveiled.

‘Room Nine’ that will air in September to follow up ‘Mr.Sunshine’ tells a story of a legendary lawyr named Eul Ji Hae (Kim Hee Sun) that fate was changed as she exchanged soul with the death sentenced inmate Jang Hwa Sa (Kim Hae Sook) and the mysterious character which is the lover of Eul Ji Hae Yi, Ki Yoo Jin (Kim Young Kwang).

First, Kim Hee Sun will play the role of a top lawyer named Eul Ji Hae Yi. Regarding her character, she commented “This is the work I’ve never met before so I wanted to try to challenge it” she said as she captured the attention by getting immersed into her character in her first script reading site.

Kim Young Kwang will play the secret character which is the key to the fate of Eul Ji Hae Yi and Jang Hwa Sa and he is potrayed as a man who is very calm and careful both gestures and tone of his voice. He was seen showing his charm as a young man with a warm gaze and smile which captured the attention.

Meanwhile, Kim Hae Sook will play the tragic fated villain and she was seen well-prepared and excited in the first script reading site. Regarding her choice on this role, she said “I always chose an interesting script without a second thought” she said.