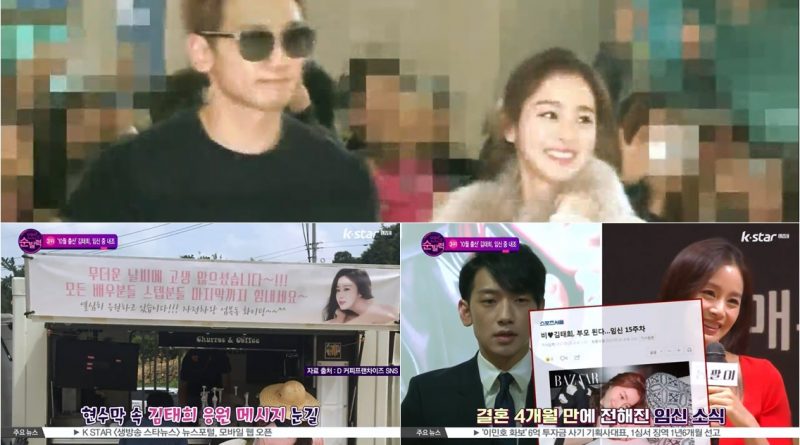 On January 9th, the two held a wedding at a church in Seoul. 4 months after their marriage, they announced the pregnancy in May. Kim Tae Hee’s side also stated, “She (Kim Tae Hee) will prepare herself as a wife and a mother”Kim Tae Hee also sent a coffee truck to the filming set of her husband, Rain. Kim Tae Hee leaved a message saying, “actors, and staff, Fighting to the end!  I support you.”

Even though she is pregnant, Kim Tae Hee remains the subject of conversation. We hope she will always have a good marriage life and a beautiful child.

July 16, 2017 Ria Comments Off on The Cast of ‘Single Wife’ Do Photoshoot Together for Their Drama Poster
STAR VIDEO