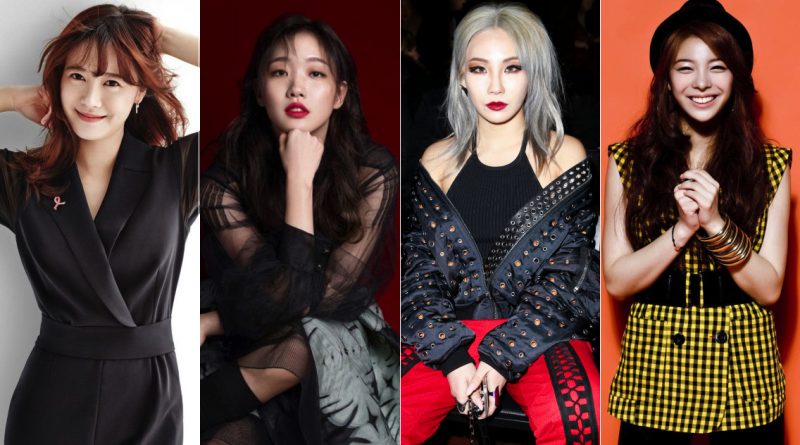 All women are worrying about their weight gain and diet. Most people become stressed out at the fact that they have to keep their weight ideal for the rest of their life but some female stars in the entertainment industry has captured the public attention through their weight gain. A few stars are receiving praises for their confident in showing their body that has gained weight.

Goo Hye Sun recently was rumored that she is pregnant because her face that got chubbier and her body that somehow looking a little bit fatter but then she immediately cleared the rumor by stating that she gained weight. Goo Hye Sun even mentioned the specific total of 10kg weight that she had gained which receiving a lot of praises from her fans as they told her that she still looks pretty despite the weight gain.

Ailee “The most depressing moment when lost 10kg”

In the JTBC ‘Hidden Singer 5’ Ailee said that “I lost 10kg back then because of the diet. That was the most depressing moment in my life” she explained as she showed her amazing voice and ability to sing. Eventhough she has gained weight again, Ailee admitted that she is now happy that she can sing to her heart extent without depression and this touched a lot of viewers heart.

The eternal Charisma CL “So what if I gain weight?”

When she appeared in Incheon airport in last 3rd of August after returning from the overseas schedules, CL was rumored to be having a health issue because of her weight gain. But CL showed an amazing performances and her eternal charisma on the stage. She gained weight but her stage performances is still the best.

Kim Go Eun captured the public attention after gaining weight for about 8kg for the movie ‘Mountain Byun’. Actually it is hard to keep the weight ideal during the filming but after filming it is not easy to lose the weight either. Kim Go Eun said that “if I was asked to gain weight for production purpose, I will do it again”.

April 27, 2017 Tirta Comments Off on The Rise of ‘One Agency’ and ‘One Project’ Celebrity Couples
MOVIE VIDEO