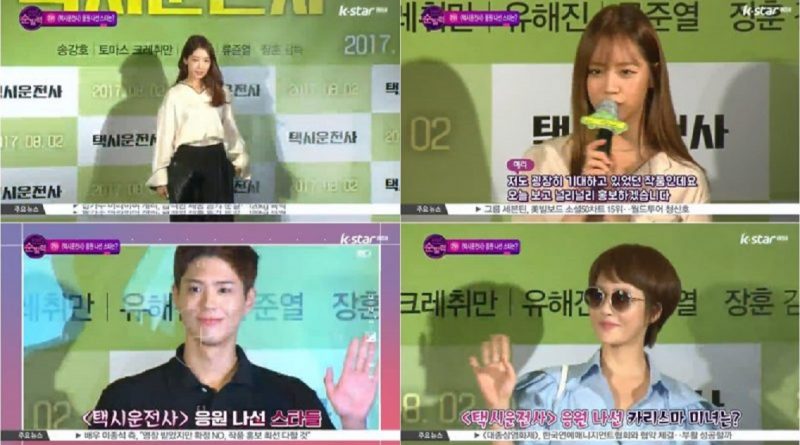 The premiere of the movie was not only attended by special artists but also felt like an award show due to the red carpet, the fans’ cheer, until the flash of the reporters’ cameras. All of them were beyond an award show. This movie, starring Song Kang Ho, Yoo Hae Jin, and Ryu Junyeol has gained much support from artists and without a doubt has captivated movie lovers.

Hye Ri, the main actress of ‘Reply 1988’, came to support Ryu Jun Yeol. “This is a movie I really looked forward to.Viewers, please look forward to this movie too. ‘A Taxi Driver’, fighting!” Park Bo Gum, another ‘Reply 1988’ star, was also seen coming to the event. Han Hyo Joo looked beautiful and fascinating with her long black dress.
Park Shin Hye also looked amazing with her black and white outfit. Chung Soon Mi looked beautiful with jeans and a white top. Lee Je Hoon looked casual with his white T-shirt and jeans. Kim Ok Bin, who played in the movie ‘The Villainess’ was present. Kim Sun Ah, who played an antagonist in the drama ‘Woman of Dignity’ was also seen.

‘A Taxi Driver’ will be released on August 2nd.