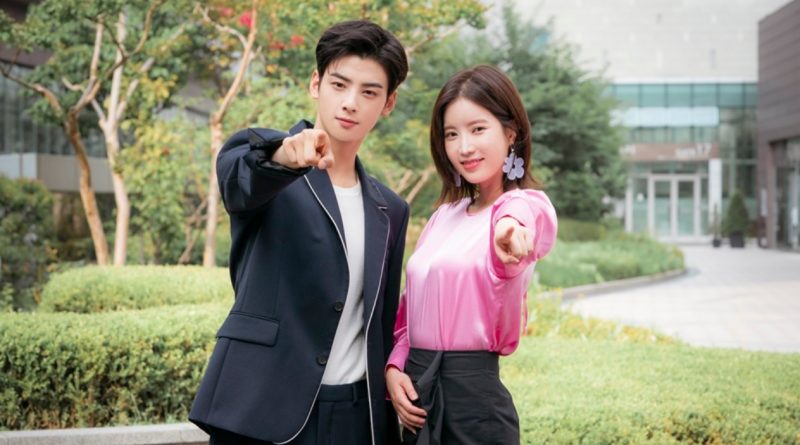 There are 2 main points from Im Soo Hyang and Cha Eun Woo in ‘My ID is Gangnam Beauty’.

The JTBC drama ‘My ID is gangnam Beauty’ tells a story of a young couple’s life in the campus and their inner growth that made the viewers fell in love. Among them, Im Soo Hyang and Cha Eun Woo are the main leads and has been capturing the viewers heart through their lovely acting. The two of them said”please give us more love to the love story of the young couple in their 20s who will grow mature as the story goes”.

Im Soo Hyang who play the character Kang Mi Rae said, “Please pay attention to the changes and the developments of Mi Rae who will keep growing naturally in the story”. Kang Mi Rae is a character that has a unhappy childhood past and she’s going through the drastic changes in her life after went through the plastic surgery which causing her to received the nickname ‘The Gangnam Beauty’. Her character has been through a lot of changes. Im Soo Hyang who has been playing the Kang Mi Rae Role perfectly received a lot of praises for her act as a woman with a traumatic past.

Cha Eun Woo play the role of the tsundere man named Do Kyung Suk said “In the beginning of this drama, Do Kyung Suk showed his cold side that doesn’t care about the people around him. But after getting to know Mi Rae, he slowly changes” . starting from this week, the viewers can see the obvious changes on Kyung Suk’s behavior towards his family, friendship and his love life.

Last but not least, Im Soo Hyang and Cha Eun Woo stated that the main point of this drama is the love story and the growth of this couple in the campus. In the latest episode ethat airs, the two of them who met in their 20s in the same campus reminisce their past and clearing out their misunderstanding of the popular man who laughs at the woman who danced in the bus stop. The last 8 episodes are expected to show the warm chemistry from Kyung Suk and Mi Rae which they will be involved in triangle love story.

This drama airs every Friday and Saturday at 11 pm local time.