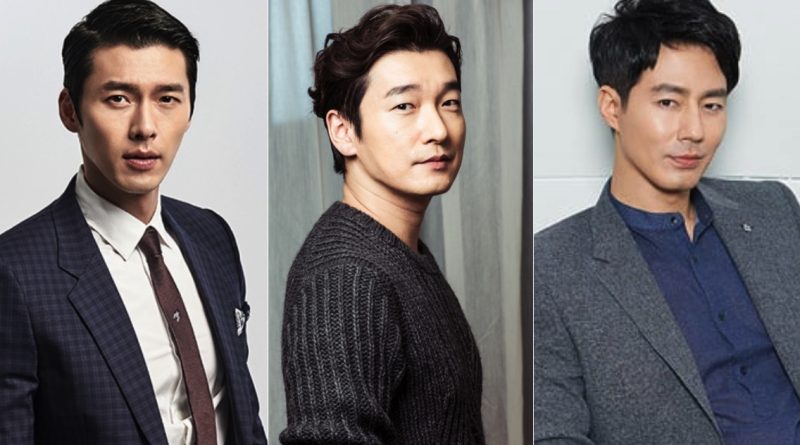 Hyun Bin, Jo In Sung and Jo Seung Woo which are the line up of handsome actors are ready to compete against each other in the main screen.

Hyunbin who is challenging his first role as the villain in the movie ‘Negotiation’, Jo In Sung who will retell the story of the greatest victory in history through ‘Ansi Fortress’ and Jo Seung Woo through ‘Feng Shui’ will compete against each other in the theater during Chuseok.

‘Negotiation’ which will be released in 19th of September is a crime-themed movie where the worst kidnapping case has happened in Thailand and the negotiation Ha Chae Yoon has to escape the crisis through negotiation with the kidnapper Min Tae Gu. Hyun bin will play the role of Min Tae Gu, the international organization criminal that did the worst kidnapping and will try to negotiate within the given time with Ha Chae Yoon.

Jo In sung will greet the viewers through drama ‘Ansi Fortress’ that tells a stor of 88 days battle in ‘Ansi Fortress’ in Goguryeo which ended up in huge victory. In the drama Jo In Sung will play the role of Yang Man Chun, a perfect soldier with a tough personality and great leadership especially in war.

Jo Seung Woo who has shaken the small screen through his drama ‘Life’ is now returning to the main screen through ‘Feng Shyu’. Jo Seung Woo will play the role of Park Jae Sang, a genius man who tried to change his fate by reading the energy of the land. It is expected that he will show an emotional performances and a strong desire to win anything that he wants in life.