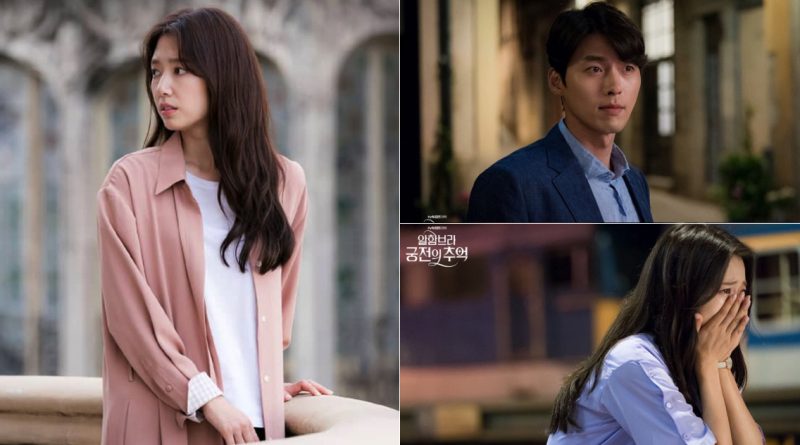 ‘Memories of Alhambra’ that is set to air in 1st of December unveiled the love story with a pinch of romantic comedy that will surely keep the viewers entertained through its unusual yet refreshing sensation in the winter.

‘Memories of Alhambra’ is a new drama from tvN that tells a story of a CEO of a company named Yoo Jin Woo (Hyun Bin) that went to Granada, Spain for a business trip as he ended up getting involved in various strange things after meeting the owner of the old hostel in Granada named Jung Hee Joo (Park Shin Hye).

Yoo Jin Woo will fall in love with the owner of the old hostel he’s staying in Grana Spain named Jung Hee Joo. Regarding to their first meeting, the production team of this drama stated that “The two of them will fall in love with each other and their love story will be filled with magic as the story unfold in the Granada city, a city which is always full with tourist everyday”.

Love story with a touch of romantic comedy

As the viewers getting to know the Character of Jin Woo (Hyun Bin) and Hee Joo (Park Shin Hye) the viewers are getting more curios on their lovely romance. The love story that seemed to be melodramatic will keep the viewers entertained through its refreshing comedy. This drama has its own melodramatic heartwarming process on its story and yet at the same time it will give the viewers laughter through its comedy that happened during the strange things that the two of them went through. This exciting love story is expected to keep everyone entertained in the second half of 2018.

December 1, 2017 Ria Comments Off on 3 Korean Variety Shows with The Theme of Traveling

April 29, 2017 Tri Comments Off on The Adorable Chemistry Between Lee Sung Min, Jo Jin Woong, and Kim Sung Kyun in ‘The Sheriff in Town’