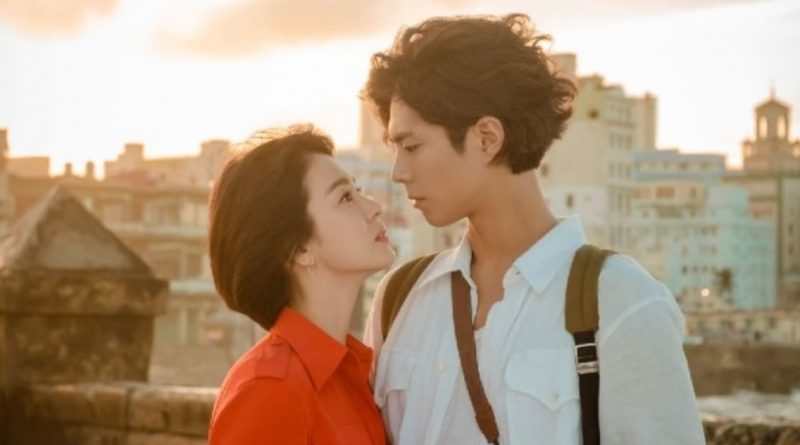 Actress Song Hye Kyo (37) will return to the main screen after two years of absence. This is her first work after she got married to actor Song Joong Ki in 31st of October last year. After selecting and reviewing the offer she had received, her final choice is none other than tvN new drama ‘Boyfriend’ that is set to air for the first time in 18 November.

This is the first work of Song Hye Kyo which continue her acting career after two years of absent. KBS drama ‘Descendant of the Sun’ was her previous work where she met her husband, Song Joon Ki who was her partner in the drama. Eventhough Song Hye Kyo has become the talk of the town these past two years, the news about her returning to the main screen with a new drama has caught the public attention.

‘Boyfriend’ is Song Hye Kyo’s first work after her marriage. Park Bo Gum is the actor who will play along with her as the main lead in the drama and apparently he is also a colleague under the same management with Song Hye Kyo’s husband, Song Joong Ki. Song Hye Kyo is 12 years older than Park Bo Gum. The two of them had showed their melodramatic appearances in their previous works. Therefore, the meeting of Song Hye Kyo and Park Bo Gum has completely caught the viewers attention.

Song Hye Kyo returned to the main screen after two years of absence since her last successful work. Song Hye Kyo was extra careful when it comes to reviewing the offer of drama. After she got married, she avoids any exposed activity and enjoying her honeymoon with her husband Song Joong Ki. Now Song Hye Kyo has returned to the main screen and she has to leave her newlyweds life and work hard until mid-January next year and she has also take care of herself in the middle of the cold weather. Regarding this, Song Joong Ki has given her his full support and cheer for her.

Song Hye Kyo said “(Song) Joong Ki told me ‘Be careful, I will watch it carefully” she said with a smile on her face. She also explained that “this is my first work after I got married but nothing has changed” she said. She explained that even after she got married, she felt like nothing has change around her including her attitude towards her work