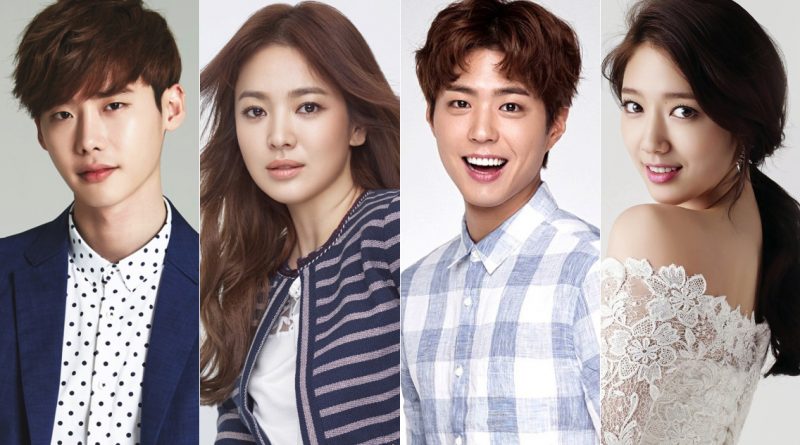 Top stars will be in theaters in the second half of 2018.

Actors Lee Jong Suk, Song Hye Kyo, Park Bo Gum, and Park Shin Hye are the main characters. The four actors left hits that were loved in 2016 including MBC’s ‘W’, KBS2’s ‘Descendants of the Sun’ and ‘Moonlight drawn by the cloud’ and SBS’s ‘Doctors’. They are finally returning with new works after two years that has caught the viewers attention.

Song Hye Kyo and Park Bo Gum will appear in the new tvN tree drama ‘Boyfriend’ which will air its first broadcast on Wednesday 28 November. ‘Boyfriend’ is a love story between a rich woman named Cha Soo Hyun (Song Hye Kyo) who couldn’t live her life the way she wanted and an ordinary man named Kim Jin Hyuk (Park Bo Gum) who will meet her in Cuba as they fall in love. They will show a love story between two people who has completely different colors and life.

While Lee Jong Suk, Song Hye Kyo, and Park Bo Gum will return to the miniseries on weekdays, Park Shin Hye will visit the home theater on weekends. tvN new series that will air every Friday and Saturday ‘Memories of Alhambra’ is the first suspense romance about an AR (augmented reality) game in Korea. this tells story about Yoo Jin-woo (Hyun Bin), the CEO of an investment company who went on a business trip to Granada, Spain and stay at the old hostel run by Jung Hee Joo (Park Shin Hye).