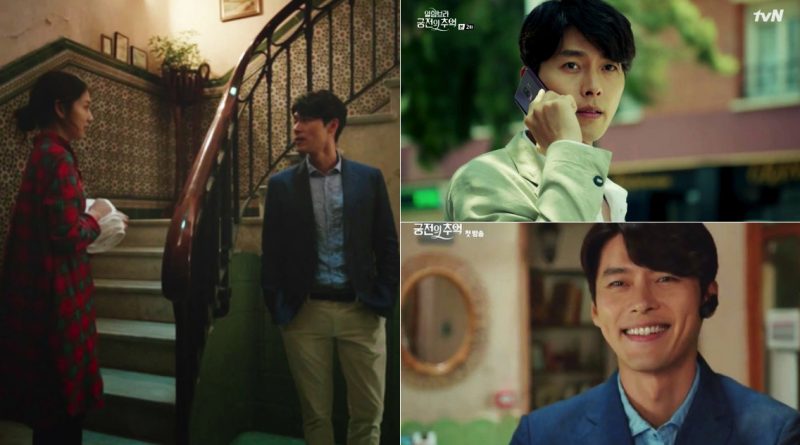 Hyun Bin has return to the main screen for the first time in three years through the tvN new drama that has sucesscully broadcasted its first episode last week called ‘Memories of Alhambra’.

Yoo Jin Woo is a CEO of a big company who went for a business trip to Granada after receiving a mysterious phone call from Jung Se Joo.

Jin Wo then entered the world of game after wearing the AR Lens in Granada. After using it, he was taken to the other dimension of world in Granada that far cry from reality. He then met a knight that looked like a Spanish soldier from the 15th century who was sitting on his horse and stood right in front of him and signaling him that he had successfully accessed the game. Hyun Bin kept dying and the re-enter the game world that successfully made the viewers excited on how the story will unfold.

Meanwhile Jin Woo (Hyun Bin) who stayed in the Bonita hostel that was run by Jung Hee Joo (Park Shin Hye) doesn’t quite like the hotel much and he was annoyed that the battery charger of his phone somehow didn’t work out well. He then later complained to Jung Hee Joo “You can’t even hold onto your words” then he was getting angry. Later he found out that the deal contract he had with Se Joo must be signed by Se Joo’s guardian and it’s none other than Hee Joo which later he showed a strange and mysterious smile to Hee Joo.

The appearance of Hyun bin with his perfect action and visual has become the talk o fthe town since the first broadcast of this drama. Hyun Bin’s character and Hee Joo’s character has successfully showed a thrilling and full of suspense chemistry and has unveiled the story through the AR game combined with the exotic view of Granada in Spain that captured the viewers attention and made then want nothing but the next episode.

Meanwhile, tvN drama ‘Memories of Alhambra’ that has been long-awaited and anticipate dby the viewers as the great scale of production tells a love story between Jung Hee Joo, the former guitarist and Yoo Jin Woo, a mysterious business man and it airs every Saturday and Sunday at 9 pm local time.

August 2, 2017 Tirta Comments Off on The Rise of Idol Actresses in Korean Dramas
DRAMA VIDEO