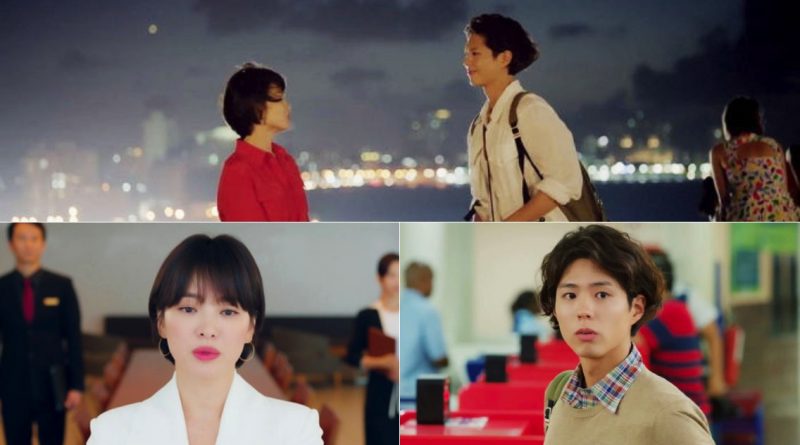 tvN drama has successfully showed it melodrama filled with emotional rollercoaster through the perfect harmony and chemistry between Song Hye Kyo and Park Bo Gum that has captured the viewers heart since its first broadcast.

In the first episode of tvN ‘Boyfriend’ that aired in 28th of November unveiled the fateful meeting between Soo Hyun (Song Hye Kyo) and Kim Jin Hyuk (Park Bo Gum) in Cuba.

The episode begun with the picture of Soo Hyun in the black-and-white frame that showed how unhappy her life is as the daughter of a rich politician. Soo Hyun is the vice president of the Donghwa hotel and after getting divorced she decided to go to Cuba to find some fresh air. Meanwhile Jin Hyuk is a cheerful and full of spirit kind of guy who went to Cuba for work and he successfully showed off his warm appearances through his innocent smile.

The two of them who live a very different life finally had their fateful meeting in a foreign country called Cuba. Soo Hyun tried to sleep after swallowing her sleeping pills but then she decided to see the beautiful night view of Malecon beach. After getting through bad day such as not getting any taxy and even got her bag stolen, she was almost falling asleep off the cliff fence of Malecon beach when she was sitting on it. At this moment, Jin Hyuk ran into her and caught her, protecting Soo Hyun who was completely under the sleeping pills influence and the meeting between the two of them in Cuba has made the viewers excited.

Soo Hyun looked at Jin Hyuk and said “Let’s leave everything behind” and then she asked him “Do you have money?”. Later then Soo Hyun and Jin Hyuk enjoying the night view while drinking beer and then they walked along the streets of Cuba which they ended up dancing in a street salsa party. The two of them finally went their separate ways and promised each other to meet again in the morning but Soo Hyun didn’t appear and the viewers are wondering on how will the relationship between Soo Hyun and Jin Hyuk unfold.

But after Jin Hyuk returned to Korea, he found out that Soo Hyun is the vice president of Donghwa Hotel after he heard the news about her that made the viewers questioning on how will their romance continue in the future.