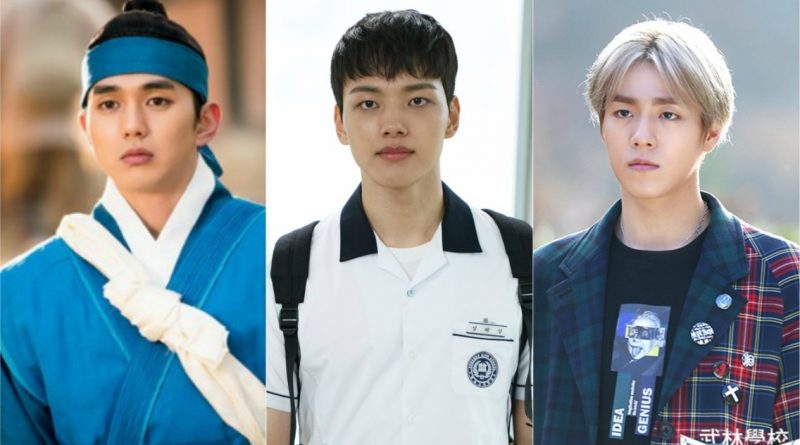 There are so many Korean actors who have impressive careers. However, some of these actors have pioneered their acting career from an early age. For example, Yoo Seung Ho, Yeo Jin Goo, and Lee Hyun Woo. They started their career from an early age and continue to the present day. Although there are a lot of actors who adorn the Korean drama industry, their names need not be doubted regarding acting skills. Since they have started acting since childhood, the title of drama and film they have starred have been successful. Even now they have managed to change their image from a child actor to a mature one. Here is the career path of the three actors.

Yoo Seung Ho can be named as one of the most beloved child actors in South Korea. Yoo Seung Ho was born in 1993, he began to be famous as a child actor through but it is not the first time he plunged into the world of entertainers. Previously he had appeared in a mobile ad in 1999 which was his debut in the entertainment world. After that, he was active in various television series such as drama. Debuting at a young age through MBC drama ‘Daddy Fish’, his name began to be known as a talented little chie thanks to the movie ‘The Way Home’. In 2010, he began to play the lead role in the drama ‘God of Study’. Although his face still looks like a little artist, but after Yoo Seung Ho returned from the military, he became a charismatic figure. In MBC drama ‘Flames of Desire’, Yoo Seung Ho for the first time tried a more mature character, showing the transition from child actor to adult actor. After completing his military service, the drama’s offers even flooded him, and one of them is now playing in the MBC drama ‘Ruler: Master of the Mask’. In the drama ‘Ruler: Master of the Mask’ Yoo Seung Woo competes acting with Kim So Hyun who also started a career since childhood.

Debut since the age of eight in 2005 in the movie Sad Movie, the boy born on August 13, 1997 is now more mature in acting. He became known in the drama ‘The Moon That Embraces The Sun’ and won the award for Best Child Actor. Now he still exists in acting, and one of the most awaited films is The Proxy Soldiers where he will act as a prince. Usually, we can only see Yeo Jin Goo as a young version of the main character. For example, in 2012 he acts as the young Han Jung Woo in the drama ‘Missing You’. After that Yeo Jin Goo get a lot of role as the main character and began to spread his wings in the entertainment industry. His deep voice is able to melt female fans. Yeo Jin Goo’s latest drama ‘Reunited World’ has finished airing on SBS television. In the drama ‘Reunited World’, he competes acting with Lee Yeon Hee who has an older age than him. Despite the age difference, Yeo Jin Goo managed to show his best acting performance.

Korean young artist Lee Hyun Woo was once also a child actor. He was orn on March 23, 1993 and starred in KBS drama ‘The Great King Sejong’. In 2009, Lee Hyun Woo starred in MBC drama ‘The Great Queen Seondeok’ with a role as Kim Yu Sin Young. His name started to be taken into account in Korean acting world. In addition, he also had an acting with the idol foster care SM Entertainment Sulli and Minho in the drama ‘To the Beautiful You’ as Cha Eun Gyeol. And in the past year, Lee Hyun Woo was already the ‘Moorim School’ who gained success over his acting. The drama ‘Moorim School’ tells the story of the Moorim School not only focusing on high academic values. The school teaches the virtues of its students including honesty, faith, sacrifice and communication. Teachers and students come from different countries and each has its own story. Korean cinema artist who moved now also had a chance to taste the MC profession or host of two different music shows on SBS and JTBC.

April 9, 2017 Tirta Comments Off on Kim Jae Joong Donated 20 Million Won to Help a Fan Who is in Coma
MUSIC VIDEO