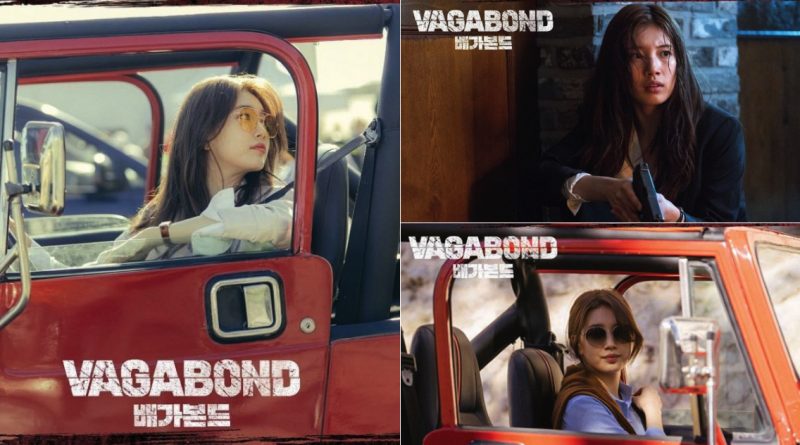 ‘Vagabond’ has released the still cut of Suzy for the first time.

The still cuts of Suzy from drama ‘Vagabond’ has been released for the first time in 14th of December that has captured the viewers attention. ‘Vagabond’ is a drama that tells a story of a man who got himself involved in a plane crash and ended up revealing the biggest conspiracy and corruption that ever happened.

Eventhough she has favors on doing some volunteers and has a better and normal career to choose, she ended up became the nation social worker in NIS to keep the food on the table for her mother and her brother. Go Hae Ri finally became a secret agent after getting through a lot of hardships and twist in life.

In the released pictures, Suzy showed off her long hair also her dazzling and mesmerizing visual. She was also seen focused and serious with a hint of nervousness on her face when she was holding the gun. It is expected that the viewers will see another charm of Suzy that has never been seen before.

Lee Seung Gi, Suzy and Shin Sung Rok recently just finished their filming in overseas, Morocco and they will continue the production in Korea. Sony Pictures will be responsible on this drama’s overseas distribution and this drama will air in various country including Korea, America and Japan.

May 24, 2017 Tirta Comments Off on Park Seo Joon Returns on the Television Screen with ‘Fight for My Way’
MUSIC VIDEO