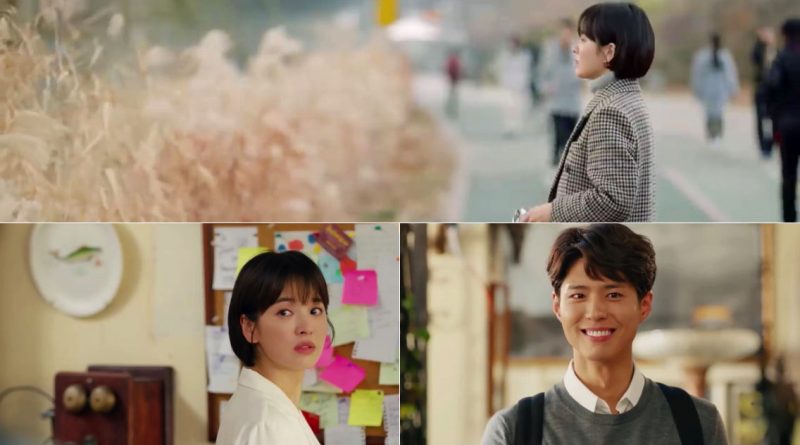 During the breakup of Song Hye Kyo and Park Bo Gum in drama ‘Boyfriend’ the teaser of the 9 episode that has been released has lifted up the viewers expectation on their love story.

In 26th of December, tvN drama ‘Boyfriend’ released a teaser video with the title ‘there are no life that can go according to someone’s decision’.

Cha Soo Hyun said that “I expected the outcome of this relationship” but then she showed her worry by saying “I hesitated because I feel like Jin Hyuk’s daily life shook as I got closer to him” she said.

Cha Soo Hyun was looking upset but Kim Jin Hyuk ran to her. “It’s so unfortunate that we have to go to the way which someone decided. There’s no life like that” said Kim Jin Hyuk’s narration as they met again in Cuba. The teaser video was ended with Cha Soo Hyun and Kim Jin Hyuk facing each other and Jin Hyuk was flashing his innocent smile at her.

Previously, Kim Jin Hyuk was sent to work in the Sokcho hotel because of his relationship with Cha Soo Hyun as they finally met and kissed in the new years eve celebration party. The two of them was getting into a deeper relationship and feelings that might seem hard to continue but they’re unstoppable. The reunion of the two of them in Cuba in the released teaser has made the viewers anticipated their romance in the future.