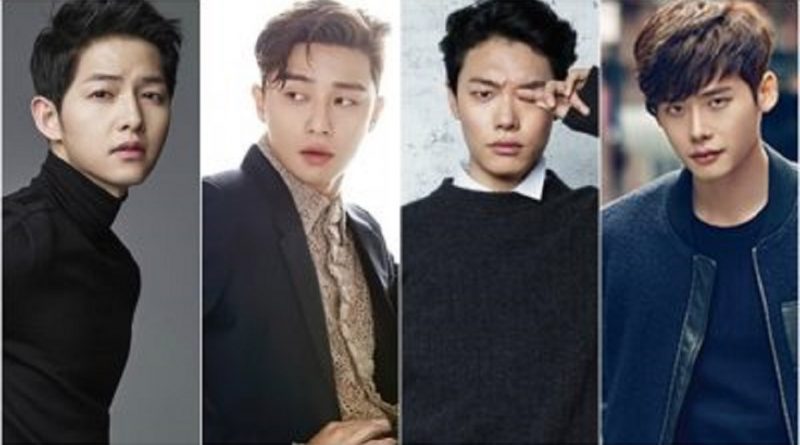 Song Joong Ki who will be married to Song Hye Kyo in October has just released his latest film ‘The Battleship Island’. The Battleship Island starring Hwang Jung Min, So Ji Sub, Song Joong Ki, and Lee Jung Hyun tells the story of Korean refugees trying to escape during the colonial period of Japan, which forcibly employed them in an area in Japan. Song Joong Ki’s plays as Park Moo Young, a member of Korean Independence Movement who has a mission to rescue one of the important Korean figures kidnapped by Japan.

Ryu Jun Yeol whose name is getting recognition after his performance in tvN drama ‘Reply 1988’. This year, he was featured in ‘A Taxi Driver’. The movie ‘A Taxi Driver’ tells the story of a taxi driver who gets a journalist from Germany as his passenger asking him to drive to Gwangju area. Uncoincidentally, he was involved in a demo situation in Gwangju, where the situation was known as the ‘Gwangju Rebellion’ in 1980. Ryu Jun Yeol plays a naïve student named Jae Sik.

Lee Jong Suk who debuted as a model, is currently busy promoting his latest film titled ‘V.I.P’. The crime movie ‘V.I.P’ tells the story of four men with different aims; one who wants to hide a case, two people who want to catch the criminal, and the other who wants to get revenge. All of them are shrouded in situations where NIS and CIA trap a VIP from North Korea that is suspected of being a serial murder suspect. Lee Jong Suk plays Kim Gwang Il, a son of a North Korean politician accused of being a murder suspect.