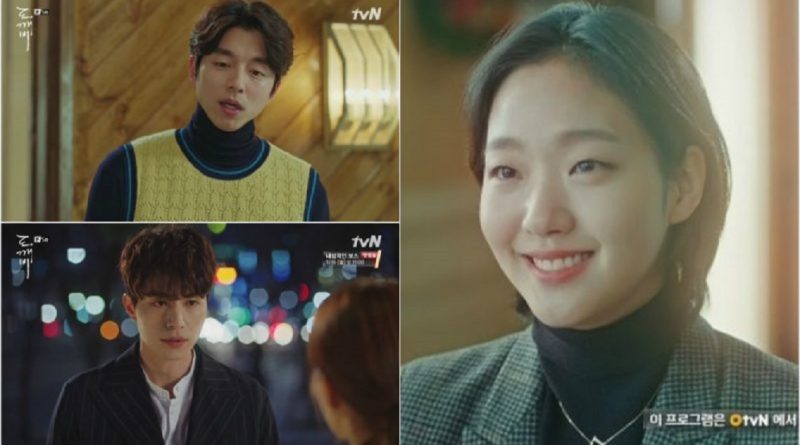 Continuing from episode 5 part 1, the second part is ostarted by an amusing bromance show from the main actors of ‘Goblin’.

Comical scene occurs between Kim Shin (Gong Yoo) and Grim Reaper (Lee Dong Wook), who had just started learning how to use a smartphone.

The following scene explains the end of the meeting between Grim Reaper and Sunny (Yoo In Na). When Sunny asked about his name, the Grim Reaper instantly walked away after asking for the receipt of their drinks, and left Sunny confused.

Finally, Kim Shin and Eun Tak ends up bickering at each other. The hilarious squabble between the two main character comes to an end when Kim Shin states that he is Eun Tak’s boyfriend.

After that, Kim Shin and Eun Tak become awkward around each other. Kim Shin finally takes Eun Tak to a Canadian restaurant that they had visited before. Surprisingly, in that restaurant, Kim Shin sees Eun Tak’s future without Kim Shin by her side.