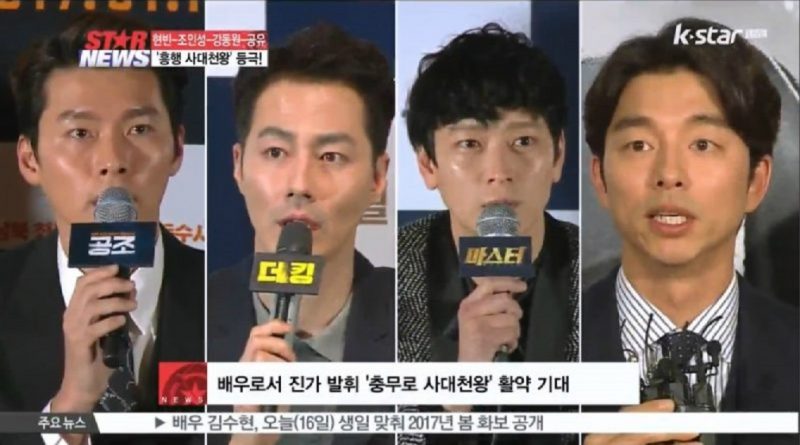 The movie industry in Korea is also filled by the actors who are in their 30s. They also attract the attention from the public.

Hyun Bin who appears in ‘Cooperation’ is trying a new character this time as a North Korea agent. He gets a lot of compliment from his acting in the movie.

The next one is Jo In Sung in ‘The King’. He makes a comeback through this movie after 9 years. He also collaborates with another veteran actor, Jung Woo Sung.

Kang Dong Won who debuted in 2003 has appeared in 20 movies. For the sake of his recent movie, ‘Master’, that was released last year. He gained a weight from 64kg to 75kg. Now he is in the middle of filming for his upcoming movie, ‘1987’.

Gong Yoo is the last actor in this line. His name has been skyrocketing after his appearance in ‘Train to Busan’ and ‘The Age of Shadows’ last year. His popularity is also increasing through his recent drama, ‘Goblin’.

April 7, 2017 Tri Comments Off on Things That Hallyu Stars Are Hiding?
MOVIE VIDEO

August 29, 2017 Ria Comments Off on Great Actors Are Lining-Up For The Movie ‘Fortress’
MOVIE VIDEO