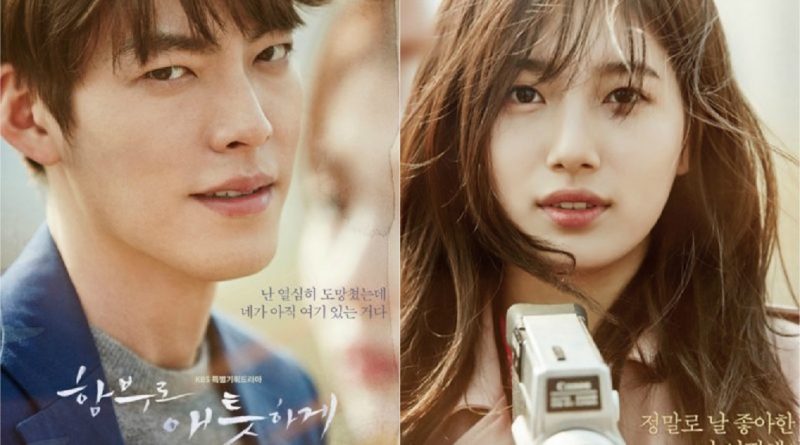 According to Youku, Chinese biggest video site, by the and of 2016, the drama has accumulated more than 4.1 billion views. This means ‘Uncontrollably Fond’ is getting closer to break the record that was previously set by ‘Descendants of the Sun’, which garnered more than 4.4 billion views.

In China, ‘Descendants of the Sun’ was aired from February to April 2016, followed by ‘Uncontrollably Fond’ from July to September 2016. Due to Korean content restriction in China, the drama did not have much chance to promote in the country. The team even cancelled their scheduled fanmeeting there.

Kim Woo Bin has a very strong presence as a famous Hallyu Star in China that his drama could still hit 4.1 billion views even during the content restriction period. Previously, Kim Woo Bin was successful after starring in Kim Eun Sook’s drama, ‘The Heirs’.

‘Uncontrollably Fond’ was first sold to China for 250 thousan dollars, and then it was followed by successful sale in Hong Kong, Philippines, Thailand, Japan, Taiwan, Singapore, Myanmar, Cambodia, Malaysia, North America, South America, and even Europe. All of this is due to Kim Woo Bin and Suzy’s popularity as Hallyu Stars.

September 22, 2017 Ria Comments Off on [RANK AND TALK] 5 Idols Who Are The Oldest Member In the Group But Look The Youngest “Maknae”
Rank&Talk STAR

July 6, 2017 Tirta Comments Off on An Interview with ‘The Villainness’ Actress, Son Min Ji
DRAMA VIDEO