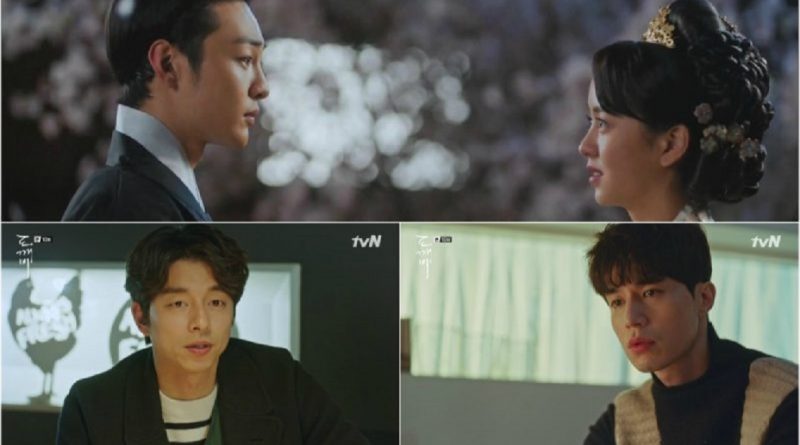 In the previous episode, because Sunny held Grim Reaper’s hands, Grim Reaper could see Sunny’s past life as a queen of Goryeo.

After seeing Sunny’s past, Grim Reaper became even more curious, especially after Kim Shin revealed that his sister’s name was Kim Sun.

Kim Shin then told Grim Reaper about what happened to him and his sister in the past life.

At that time, a strange outbreak caused the crown prince and the king to die due to mysterious disease. Before the King died, he asked Kim Shin to marry his sister to Wang Yeo, who would replace his position.

However, Wang Yeo was always influenced by the wicked Eunuch Park during each decision-making.

When Kim Shin came back, Wang Yeo could not hold back his emotion, and that was the moment Kim Shin saw his sister dying. Kim Sun was shot by an arrow for defending Kim Shin.

Meanwhile, Eun Tak went to see his ghost friend in a library.

The ghost turned out to be a friend of Eun Tak’s mother. She has been keeping Eun Tak’s saving money for her daughter, the money was targeted by Eun Tak’s aunt.

October 29, 2017 Ria Comments Off on [RANK AND TALK] 3 Korean Idols Who Become The Role Model of Other Idols
Rank&Talk STAR