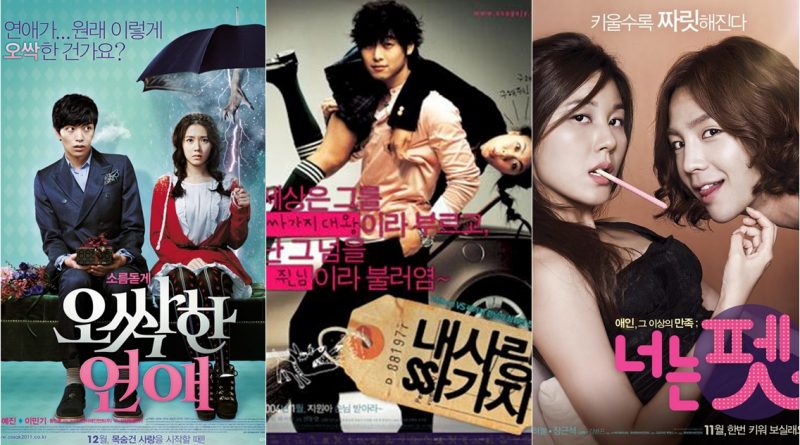 In the beginning, the story in this movie is a true story written on a blog by Kim Ho Sik. Describing Kyun Woo’s (Cha Tae Hyun) relationship with his strange girlfriend the ‘Girl’ (Jun Ji Hyun) who always treats him roughly. The film became one of Korea’s best-selling romantic comedies of all time.

Am adaptation from a comic written by Yumiko Suzuki, this movie tells the story of a fat girl who has a beautiful voice. Due to her less attractive physical condition, she only dared to sing behind the scenes, while a more beautiful woman borrowed her voice and lip sync in front of many people. Various attempts were made, the woman did plastic surgery and underwent a rehabilitation to become a new person.

Throughout her life Yu Ri (Son Ye Jin) is haunted by ghosts. Then Yu Ri meets a street magician, Jo Gu (Lee Min Ki) who invites her to perform in a magic show. Both fell in love to each other, and their relationship is tested by the ghosts that annoy them. Although this movie is a horror movie there are comedy and romantic nuances that make the movie entertaining.

Ha Yeong (Ha Ji Won) was dumped by her lover on the 100th day of ther relationship. Hyung Joon (Kim Jae Won), a rich and handsome man always lures women wherever he is, unfortunately he is not interested in commitment. Then these two met by accident. Ha Yeong accidentally kicked a can when Hyung Joon was driving and made him lose control. Hyung Joon’s car was damaged, so Ha Yeong must be his maid for 100 days to pay for him.

Adapted from the manga with the same title by Yayaoi Ogawa, ‘Your’re My Pet’ tells the story of a young and ambitious woman named Ji Eun Yi (Kim Ha Neul) who has a human pet that she calls Momo (Jang Geun Suk). When she saw Momo, Eun Yi remembered her pet she had when she was young.