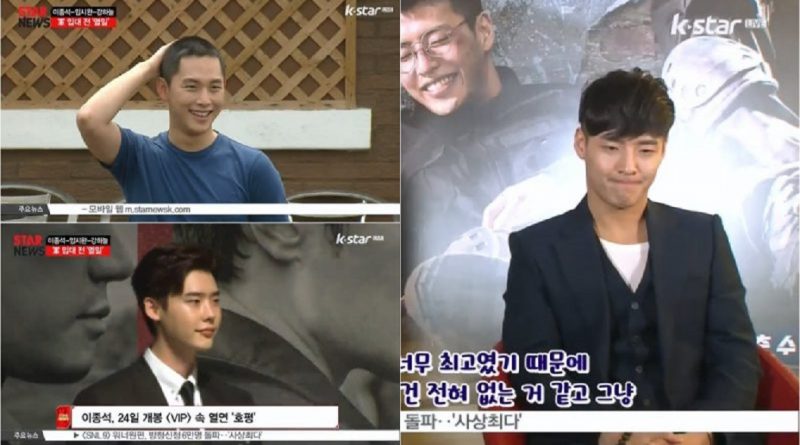 Lee Jong Suk is reported to have received a military summon, notifying him to start his service on August 10. There are speculations that he will delay his military entry in order to promote his works.’ VIP’ will be released on August 24th. In the movie, Lee Jong Suk plays as a North Korean VIP, who becomes a suspect of a murder case. In September, Lee Jong Suk will make a comeback with an SBS drama titled ‘While You Were Sleeping’ with Suzy. As the drama is pre-produced, the official airing, as well as press conference, have not been held yet. However, the main character, Lee Jong Suk feels responsible in attending and promoting the drama.

Last July, Im Siwan entered the army. Prior to that, he starred in a movie called ‘The Merciless’, which was invited to the Cannes Film Festival. To eliminate his fans’ sadness, he also participated in a pre-produced drama titled ‘The King Loves’. ‘The King Loves’ premiered on July 17th. In this 100% pre-produced drama, Im Siwan plays as the main character, ‘Wang Won’, who has a Zeus-like charm. As this drama is his last work before entering the military, the drama became a topic of conversation.

Kang Haneul is starting his military service on September 11! This actor, who was born on February 21st 1990,
will start his service this year as a special officer of military police (MC). Kang Haneul’s last work before entering the military is the movie ‘Midnight Runners’, in which he starred along Park Seo Joon. Kang Haneul devoted all of his energy and joy for ‘Midnight Runners’. As his previous roles in ‘Dongju’ and ‘C’est Si Bon’ were serious characters, his transformation in this movie is highly anticipated by fans.

August 6, 2017 Tirta Comments Off on Actors Who are Working Hard Before Starting Their Military Service